Revolt of the Rats: A Dark Fantasy Novel 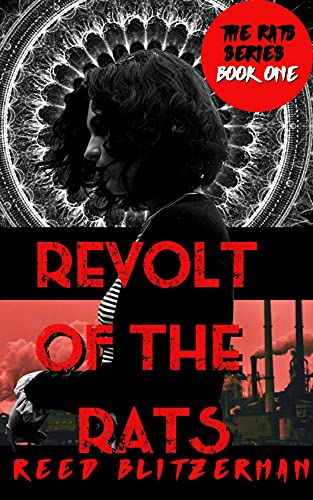 The first in a series by mystery thriller author Reed Blitzerman. Revolt of the Rats features two heroes, separated in time by fifty years. Bosnian War veteran Kahle Desireau is young and wild, with an ability to see auras and the black smoke exhaled by the sentient dead. Eli Steiner has just returned from WWI. His ability to see the future has a blind spot called the Great Depression.

After leaving Bosnia, Kahle follows a woman to a dying factory in Frampton, Ohio. For her love, he’ll compete with Motomax’s handsome CEO and join a desperate fight for the factory’s survival. But his love interest is more than he bargained for, and the darkness that he’d hoped to escape has followed him.

Eli Steiner is no stranger to challenge. But in the shadow of the Great Depression, the banks aren’t lending. The ground has dried hard and turned to dust. Without a crop loan, he and his small family will lose their farm. When a yellow roadster comes to town, they may lose more than that.

This is book one of five in a complete series.