Will Suzanne be able to solve her life’s riddle and fulfill her destiny? Or will she die along with those she loves? The Woods of Hitchcock: A Thriller (The Henrietta Series) by Ann W. Jarvie

The Woods of Hitchcock: A Thriller (The Henrietta Series) 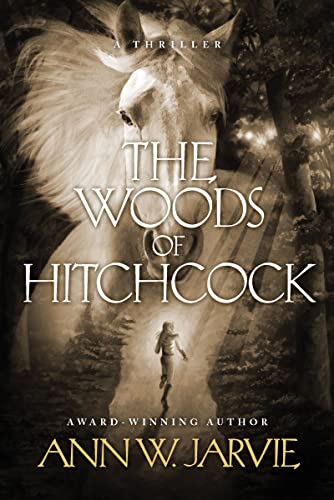 The Woods of Hitchcock by award-winning author Ann W. Jarvie is a thriller about a psychically gifted Chicago copywriter and victim of violence who returns to South Carolina’s equestrian country to solve a riddle involving murder, the metaphysical and the secrets of her eccentric family.

Suzanne Clayborn is a psychically gifted southerner working in her dream job in a Chicago ad agency, which also conveniently takes her away from the ghosts of her past. But when she’s nearly killed, she realizes all she wants is to return home to her eccentric family, her horse and the one place she feels safe: Hitchcock Woods, an enchanting equestrian forest in South Carolina.

But instead of finding solace, Suzanne becomes entangled in a murder spree, while stumbling upon an old manuscript, written by her sage grandmother, Henrietta. As she explores it, Suzanne uncovers a tome of long-buried family haunts and ancient metaphysical secrets offering healing and inspiration. She also begins to understand her unwanted psychic abilities, especially after meeting a mysterious stranger in the Woods whose ominous riddle suggests others close to her will die within the week…

Brimming with raw emotion and a trail of psychological twists, a story of hope and transformation begins to unfold. Yet with the riddle’s deadline looming, Suzanne’s present must ultimately collide with a violent past. Will she be able to solve her life’s riddle and fulfill her destiny? Or will she die along with those she loves?