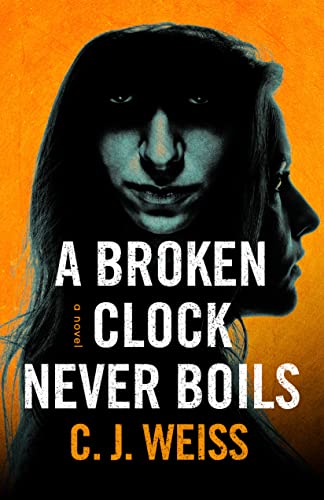 IS IT MADNESS OR THE SUPERNATURAL?

Psychiatrist Claire Rossi seeks cases nobody else can treat—cases like her mother’s, whose misdiagnosis of schizophrenia and subsequent death inspired Claire’s career. Initially infatuated with an influx of seemingly schizophrenic patients, interest turns to terror as their ailments infect her too. She sees and hears a man who grows more violent with every encounter. The analysis and training she’s relied on her whole career fail to explain his presence, leaving only one conclusion: that what haunts her isn’t in her head at all. But maybe that’s just what she wants to believe.

As her symptoms escalate, she’s left with two unsettling clues. Her mother speaks to her in twisted idioms, and a mysterious letter taunts her with a single line:

From Pre-Release Reviews on Goodreads:

“An excellent first outing for an author. I look forward to reading more.”

“Lots of great ideas, clearly well thought out and the structure and pace seemed to be excellent.”

“A superb psychological thriller with a supernatural twist.”

“A good thriller that makes you think.”