* CPU: The Kindle’s “brain” is an Intel PXA255 processor, originally designed for 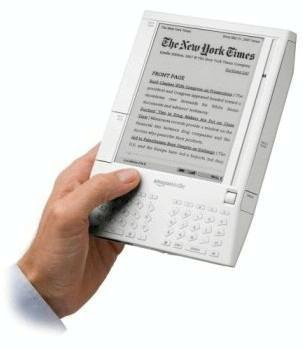 * e-Ink Display: There’s a reason why the Kindle doesn’t do color. Its e-Ink display involves millions of microcapsules that act as pixels that provide a sharp but easy-on-the-eyes black, white and gray display on the Kindle’s 600×800-pixel screen. These microcapsules are driven by a layer of transparent electrodes that consume far less power than LCD displays. I think it ranks fairly high in the small world department that e-Ink, the company responsible for this green and literally cool technology, is right across the street from my 9-year-old’s elementary school in Cambridge.

* Operating System: Your Kindle’s operating system is a modified Linux 2.6.10 kernel. Amazon has complied with Linux licensing by making its modified source code freely available. Among the modifications is support for XIP (execute in place), a feature that promotes more efficient, faster use of the system’s memory.

* Memory: Your Kindle is equipped 256 MB internal flash memory. About two-thirds of this memory is available for storing your documents, music, bookmarks, photographs, notes, and anything else you choose to store on your Kindle. The easiest way to see how this memory is being used is to open the “Kindle drive” while it is connected via USB to your desktop or notebook computer. You can greatly multiply the storage that your Kindle can access by adding an SD memory card.

* Battery: You can get the most out of your Kindle’s replaceable lithium-­polymer battery — as much as one week on a single charge — if you keep the wireless connectivity is switched off whenever you aren’t using that feature. But it is not a bad idea to order a replacement battery just so you have one handy in the event of a malfunction.

* Connectivity: The service that Amazon calls Whispernet is actually a 3G EVDO wireless broadband service through an AnyDate modem that enables the Kindle to connect to Sprint’s United States wireless data network. This service is available in most densely populated areas, but not everywhere. For more information about this service, and a discussion of the economic issues involved in providing it free or at a price, read The Amazon Kindle Basic Web Wireless Service: Why It Is a Revolutionary Feature, and Why Amazon Should Keep It Free or Cheap. The Kindle also comes with a USB cable for easy connection to your desktop or laptop computer.

Beyond all these rather dry “what’s under the hood” details, the really stunning details about the Kindle, of course, involve the various ways in which it simply blows away any notion that it is just an e-book reader. Tech writer/blogger Mike Elgan did an elegant job of breaking down some of these features early on in an article entitled Why Amazon’s Kindle is revolutionary on the ComputerWorld website. It is well worth reading. Mike also has a blog called The Book of Kindle.

But if you’d like the luxury of scarcely ever having to think about the space limitations of your Kindle, perhaps you should consider this sweet little package: 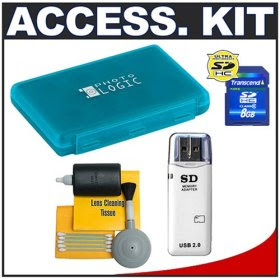