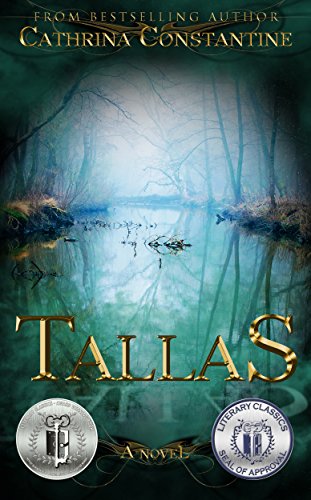 – Learn More
Text-to-Speech and Lending: Enabled
Enjoy Cathrina Constantine Books? Tell us why and WIN a chance for a FREE ebook!
Here’s the set-up:

For Doogan and Keelya their belief in a Free Tallas has lost its glimmer. When their son, Fabal is given a dangerous assignment, they risk everything to protect him. Fleeing Tallas, they head for the wilderness. But they’re ambushed by cruel Mediators, Doogan is recaptured, and while Keelya and Fabal escape, she is severely injured.

Can the two of them survive in the wilderness? Will Doogan get away from the clutches of the Mediators? And are the legends about terrible monsters beyond Tallas true? 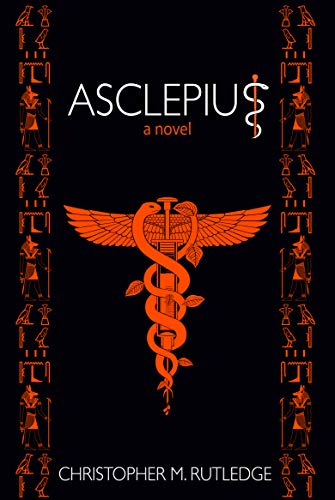 Are Alternative Medicine Doctors Being Murdered?

Although Dr. Geoffrey Chance Du Bois is only in his mid-30s, he’s a member of a dying breed. It seems his fellow alternative medicine doctors are vanishing or turning up dead. It’s all one of life’s random coincidences to him until he finds himself in danger.

He turns to Dr. Ola Fulani — a friend and colleague — for help. Suddenly, they both find themselves running for their lives throughout Chicago and Atlanta. As their hunter gets closer, their relationship begins to blossom.

But will they both stay alive long enough to identify and stop the killer before they end up as the next victims?

If you like thrillers that you can’t put down, get your copy of ASCLEPIUS today! 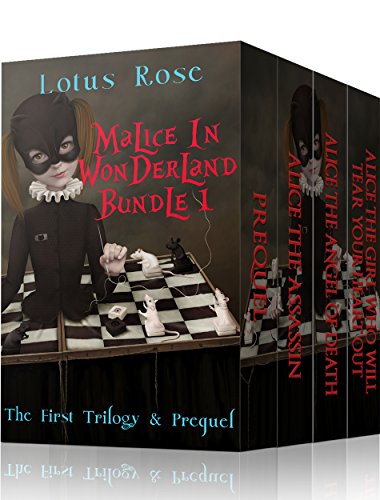 The truth is not what you were led to believe. It wasn’t all “just a dream.”

It’s a nightmare. A nightmare she can’t escape, where formerly pleasant characters throw her unhappy unbirthday parties to torment her, while others like to make her cry so they can lick her tears.

But one day after years of this unpleasantness, she loses her heart. Literally. Well, technically someone steals it.

And she has to get it back. By any means necessary. And it’s a lot easier to be ruthless now that she’s heartless. 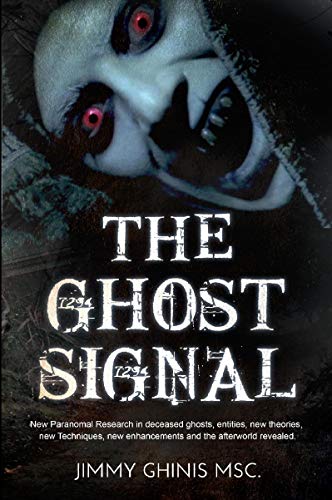 2.2 stars – 9 reviews
Kindle Price: FREE!
Text-to-Speech and Lending: Enabled
See more titles by Jimmy Ghinis
Here’s the set-up:
New Paranormal Research in recently deceased ghosts, entities, new Theories, new Techniques, new enhancements and the afterworld revealed.Two ghost trials revealed the best and worst methods of detecting ghosts.Enhanced methods or ways of enhancing ghost detection revealed.Through several months of research and observation, new theories of ghost abilities emerged.Communication and visitation by ghosts turned into visitation only and the reasons unfolded twice.Ghost TV shows learned secret techniques not fully mentioned to become a successful ghost hunter of your own.Jimmy Ghinis has a Master of Science Degree from the University of Liverpool. His first thesis written was Data Mining Techniques for evaluating Cost Per Click Website Advertising. Google Adword and Yahoo Overture was evaluated in his action research and there he achieved his MSC degree.

The Desperation of Harry 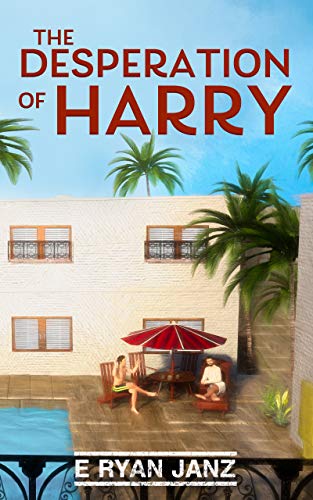 4.6 stars – 3 reviews
Kindle Price: FREE!
Text-to-Speech and Lending: Enabled
See more titles by E Ryan Janz
Here’s the set-up:
In this amazing anti-mystery loaded with dark humor, twenty-three-year-old Monty Hill leaves his Midwestern roots for 1977 Hollywood with dreams of becoming a major film screenwriter. He meets Harry, an unpredictable yet endearing man who in hopes to assist Monty financially, steers him to an apparently dangerous producer of pornographic movies, just as an unidentified pedophile looms in the background, inexplicably relating his own brief narratives. There are shocks and secrets aplenty buried in this intelligent story based on actual events, but it’s up to the reader to figure out where they are hidden before they crash-land with thoroughly unexpected explosions. 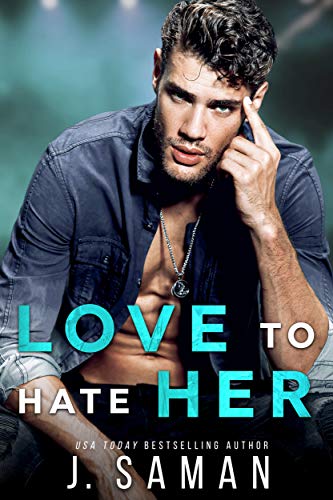 A rare moment of weakness.
A burning desire impossible to deny.
Forbidden words I should never have spoken…

Seven years ago, I confessed my darkest secret to my brother’s girlfriend. When she broke up with him and walked out of our lives, she took my secret with her.
But, with my band set to go on tour around the world, I have a problem. I need a nanny for my autistic daughter. And unfortunately, Viola Starr, my brother’s ex, is the perfect fit.
Now, there is no escaping her. Or our past.
Especially when my brother seems determined to win her back.
Five months and she’ll be out of my life again.
Five months of ignoring lingering, heated glances.
The fire she draws out of me. The way she loves my daughter.
Five months… And my world is about to come crashing down around me.

Wyatt and his sister are a chart-topping duo who have toured the world.
They need a session pianist for their new album.
My own band has just split and this could be the lucky break I’ve needed my entire life.
I audition, get the job and spend hours with him creating music.
This is a purely business partnership. No feelings.
But I’m falling in love with the man behind the words.
He’s handsome, talented and so hot – everything I need.
Our relationship is out of bounds and sleeping my way to the top is not how I want to get there.
It’s too hard working so closely together and we can’t fight our feelings anymore.
Now we have a secret, and if his sister finds out not only will I lose him, but she’ll make sure I never work in this industry again.

***Sizzling hot alpha romance full length novel with no cliffhangers, no cheating, and a guaranteed happily-ever-after*** 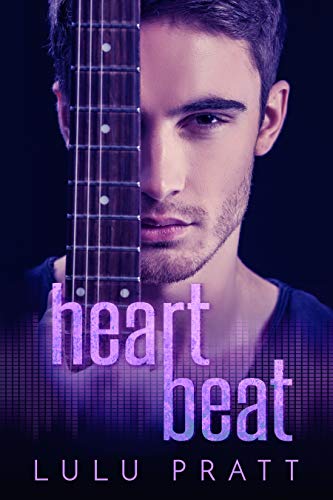 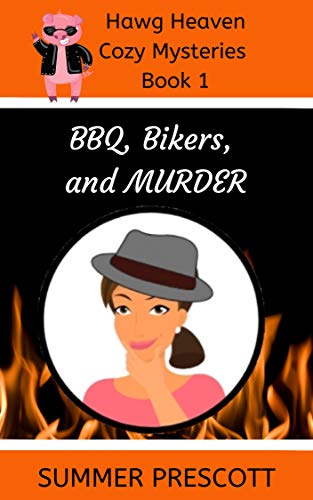 – Learn More
Text-to-Speech and Lending: Enabled
Enjoy Summer Prescott Books? Tell us why and WIN a chance for a FREE ebook!
Here’s the set-up:
One folded flag…
…and the man she vowed to spend her life with was gone.
Could she survive as a single mom?
Her husband was supposed to come back, but now Rossalyn must rebuild and raise their son alone. Leaving their old life behind, she takes 13-year old Ryan cross-country to the small town where she grew up.
On the road trip home, she makes a discovery.
An old building on Main Street catches her eye and sparks an idea. There’s just something about it. Rossie knew immediately that it would be a perfectly charming place for a business…but what kind? When Ryan brought home a library book on bacon, her course was set. She had to open a BBQ and bacon café, and call it Hawg Heaven. Her late husband would have loved it.
Things are not quite as sweet as they seem in the small town, however.
A body is found behind her new business, which spurs a string of unfortunate events that pushes Rossie to the edge.
Who is the menacing biker that shows up at the oddest times?
Why does the sheriff have a chip on his shoulder?
Rossalyn never expected to become an amateur sleuth, but if she doesn’t figure out whodunit, the sheriff may try to pin the murder on her. Are she and Ryan next on the killer’s list? Will she figure out the clues in time?
You’ll love this emotional roller coaster of a Cozy Mystery, because every good murder needs a tough-as-nails woman to get to the bottom of it.
Get started now.

Jess Zimmerman from AtlasObscura wonders what would the perfect fantasy treat look like? Depending on where you’re from, probably not this… Support our news coverage by subscribing to our Kindle Nation Daily Digest. Joining is free right now! 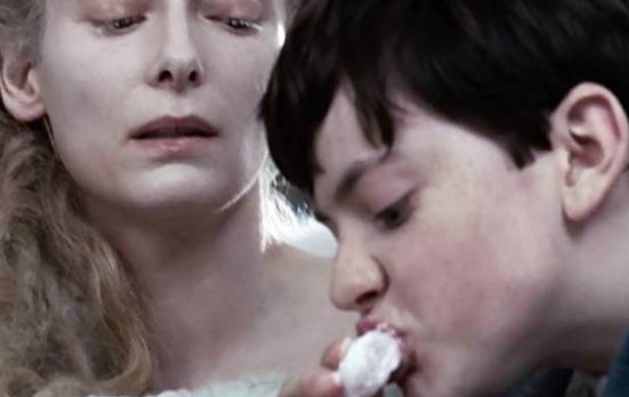 Turkish Delight, or lokum, is a popular dessert sweet throughout Europe, especially in Greece, the Balkans, and, of course, Turkey. But most Americans, if they have any association with the treat at all, know it only as the food for which Edmund Pevensie sells out his family in the classic children’s fantasy novel The Lion, The Witch, and The Wardrobe. Until I first tried real Turkish Delight in my 20s, I had always imagined it as a cross between crisp toffee and halvah—flaky and melting in the mouth. Here’s what it really is: a starch and sugar gel often containing fruit or nuts and flavored with rosewater, citrus, resin, or mint. The texture is gummy and sticky, some of the flavors are unfamiliar to American palates, and the whole thing is very, very sweet. (In addition to the sugar in the mixture, it’s often dusted with icing sugar to keep the pieces from sticking together.) While some Turkish Delight newbies may find they enjoy it, it’s not likely to be the first thing we imagine when we picture an irresistible candy treat.

I figured other people who had encountered Narnia before they encountered lokum probably had misconceptions just like mine, so I set out to discover what Americans imagined when they read about Turkish Delight. What kind of candy did we think would inspire a boy to betray his brothers and sisters?

The English name, Turkish Delight, is no misnomer. Turks make and consume lots of lokum, and it’s a popular gift, a sign of hospitality. The candy was invented in the early 19th century, reportedly by confectioner Bekir Effendi—though this claim comes from the company Hacı Bekir, still a premiere manufacturer of lokum, which was founded by Bekir and named after him. (He changed his name to Hacı Bekir after completing the hajj, or pilgrimage to Mecca.) According to the Hacı Bekir website, Sultan Mahmud II was so pleased by the new sweet that he named Bekir chief confectioner.