Here at Kindle Nation Daily we have suggested several times that the collusive price-fixing scheme known as the “agency model” would sooner or later lead to legal scrutiny.

Now we have a report from Publisher’s Marketplace, via Teleread, that “the anti-trust division of the Texas Attorney General’s office has been engaged in its own preliminary questioning … that appears to focus on pricing practices for ebooks and Apple’s entrance into the market in particular.”

PM reports that the investigation has been “directed at the largest book publishers and at least some retailers.”
“Those familiar with publishers’ responses have described a range of strategies, from trying to limit the scope of inquiry so that companies are not overwhelmed by compliance to thorough disclosure aimed to assuring the department publishers on an individual basis considered establishing an agency model for ebooks for some time, prior to Apple’s arrival on the scene,” said the PM report. “Because of the broad scope of the department’s requests for information, some publishers are already said to be incurring substantial six-figure legal bills in compliance.”

The long-delayed march of the Penguins? It wasn’t worth the wait.

After its agency price-fixing model co-conspirators came quickly to agreements with Amazon so that their ebook titles would remain in the Kindle Store right through the April Fool’s Day transition date, the Penguin Publishing Group held readers hostage for about 8 weeks before finally reaching the end of the impasse, reported here moments before it was announced last week.

Penguin has a terrific backlist and plenty of popular bestselling authors, and Kindle owners were waiting impatiently for an opportunity to purchase and download various among about 150 of the company’s new releases that had been withheld from the Kindle Store since April 1. We knew that, as with other agency model publishers, Penguin’s new releases would likely be priced in the $12.99 to $14.99 range, at least temporarily, when released. But Kindle owners have proven that they are among the world’s greatest readers, and many have shown a willingness to pay those prices even while others have promoted the idea of a boycott of ebooks priced over $9.99.

That would have sorted itself out, but since being allowed back into the Kindle Store Penguin has taken the agency pricing model to new extremes. Not only does the company now sport the highest average prices for bestsellers and other frontlist titles in the Kindle Store, but it has also doubled and tripled its previous prices on backlist titles such Atlas Shrugged

($27.99 each) and numerous classics that are now priced at $12.99 and up, higher than their paperback editions. There are too many examples to start listing them here, and of course we have no interest in mentioning or linking to many of these high-priced titles lest we inadvertently drive traffic toward them.

But several things stand out and begin to suggest a pattern of collusion and favored treatment between Penguin and Apple, the company that made the agency price-fixing model possible in the first place by pandering to the Big Six publishers with its offer to turn its back on consumers and create a high-priced ebook outlet with the iBooks Store. To the extent that publishers believed the iBooks App could lure customers away from the Kindle Store, it provided them with an alternative to play off against Amazon in order to jack prices up. Only Random House, the largest of the Big Six, took a “thanks but no thanks” stance toward the price-fixing collusion, one that may have been both principled and profitable.

It now seems likely that someone inside Penguin was responsible for the “anonymized information from an unknown number of large Agency publishers” that publisher mouthpieces  Michael Cader of the Publishers’ Lunch website and Michael Shatzkin to play pick-and-roll in spinning a mid-May “story” that April iBooks sales were already 12 to 15 percent of that same “unknown number of large Agency publishers” total ebook sales. While Apple’s iBooks store generally has the kind of ebook selection that one might associate with the book or music section at a WalMart or Target, and may be suffering from lackluster overall paid book sales, the one publisher that is sure to have done better at iBooks than Kindle in April was Penguin, since it was withholding its bestsellers from the Kindle Store. Surely Cader and Shatzkin know that using selective or slanted information to promote the idea that the iBooks Store is doing better than it is, or that it might have been challenging the Kindle Store’s ebook market share right out of the gate, could be a self-fulfilling prophecy that plays into the hands of the agency model publishers.

Now, Penguin is taking things one step further and standing on Apple’s shoulders to sabotage Amazon and attack Kindle Store customers by dictating that Amazon charge high prices for several of its bestselling titles while offering those same books through iBooks at $9.99 and below:

We’ve never been told exactly what the controversy was that kept Penguin and Amazon at loggerheads for the past couple of months? Was it that Penguin wanted to give “most favored nation” status to the iBooks Store and deny it to the Kindle Store?

In any case, let’s be clear. This is not a case of Penguin declaring war on ebooks. What Penguin has done is declared war on Kindle owners, and on Amazon.

One wonders if Penguin’s strategies will succeed, or if the company even has a strategy. Amazon is by far the world’s largest bookseller of English-language books, and Kindle customers are Amazon’s most prolific book buyers. Past surveys of the citizens of Kindle Nation make it clear that, while Kindle owners may generally be well-heeled, we are also savvy and price-conscious. While Penguin’s pricing tactics are certainly tantamount to the kind of negative branding experienced recently by Toyota or BP, it would be surprising if they did not take a toll on the company’s book sales.

Nor are Penguin’s minders at Pearson PLC likely to be thrilled with Penguin’s bizarre behavior. Penguin Group is the world’s second largest book publisher (behind Random House) and Pearson also owns venerable media outlets such as The Economist and the Financial Times. But the UK company has lost about $2 billion in market capitalization (to $11.35 billion) as its PSO share price has fallen from $16.37 to under $14 since mid-May while Penguin has pursued its anti-reader tactics.

As one Kindle Nation citizen sized things up in a blog comment this week, “Wait until the contracts expire next April for all those publishers who happily crawled into bed with Apple…. By this time next year, I predict that heads will roll at the Agency 5.”

I have too much respect and appreciation for the individual makeup of Kindle Nation citizens to suggest some sort of collective boycott here. We should all be free to read what we want to read. But I do hope that whenever possible we can all pay attention to the behavior of publishers as companies, and act with the empowering understanding that what we buy and the prices at which we buy it can send powerful economic signals to those doing the pricing.

Amazon is to be applauded for moving aggressively to expand the Kindle Store catalog in recent weeks, and about 80% of the added titles are now priced between $5 and $9.98, which gives Kindle customers more affordable prices than ever. In the coming weeks we will continue not only to alert you to free Kindle promotional titles but also to highlight other books of interest in the $2.99 to $4.99 range. We would also welcome a move by Amazon to do more to highlight non-agency model titles in its bestseller and store architecture.

For those who prefer to buy books from more reader-friendly sources, the following is a listing of Penguin Group imprints in the US:

Four new freebies to begin the month of June in the Kindle Store and give you something to read so that you don’t have to pay those ridiculously high prices that Penguin is trying to force on the citizens of Kindle Nation….

No customer reviews yet. 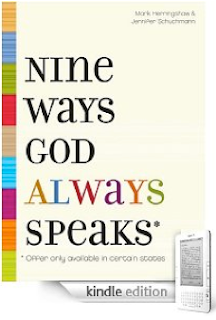 Click here (or type “kindle nation daily” in your Kindle’s Kindle Store search field) to have Free Book Alerts pushed directly to your Kindle 24/7 with a 14-day free trial to the Kindle edition of Kindle Nation Daily, the #1 bestselling blog in the Kindle Store.

. At 936 “locations,” this is over 5 times the length of a Kindle sample, and the full-length book is available for pre-order here until its release on Tuesday. The book is being billed as On the Road

, if you can get your head around that combination. Kirkus Reviews says “Herzog’s third travel memoir follows the highways cross-country examining the idea of the hero along the way. He captures stunning details of the American landscape. The hero’s return, is irresistible…a near-perfect ending.”

by Brad Herzog (Author)
No customer reviews yet.

At a party Saturday evening, I met an author who has published several of her novels with Kensington, Robin Reardon

, and I told her she was very well positioned for the ebook revolution because Kensington, a successful New York-based independent publishing company, is light years ahead of dinosaurs like Penguin Pearson in understanding how to connect with ebook readers. Much more on this later, but let me just mention that Penguin, coincidentially, is the publisher of the two books mentioned above in that On the Road

meets Eat, Pray, Love comparison, and both of the Penguin titles are terribly overpriced in their Kindle editions since Penguin established its new predatory pricing plan under the agency model.