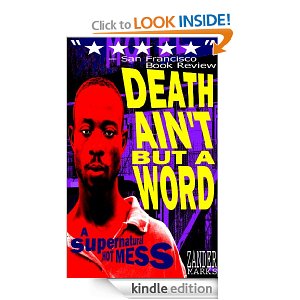 But first, a word from ... Today's Sponsor
An enticing blend of the paranormal and urban fiction. Highly recommended.
Death Ain't But A Word: A Supernatural Hot Mess
by Zander Marks 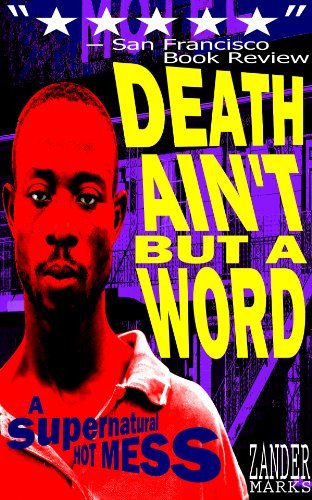 They're real. And they've been haunting him since he was seven years old. Mostly he ignores them.

Wilkin steals his friend's skull before the killer can destroy it and is plunged into a hot mess of a supernatural thrill ride.

A death-race pursuit of a child's skull. A spirit-whispering trucker hauling plush toys to Kansas. Five demonic farm-kids in a housing project. A Dodge City marshal who executes wayward ghosts. A nasty yellow jersey that takes the joy out of living. And a graveyard full of snitches.

It's enough to make you want to hit the crackpipe. All leading to a climax where staying alive is the least of Wilkin's worries.

Because when most of the people around you are spirits anyway, DEATH AIN'T BUT A WORD.
One Reviewer Notes:
Marks delivers a sixth-sense thriller with a twist...an intriguing tale with an unlikely protagonist, and he may have also created a new urban-fantasy subgenre...Marks' prose provides a sense of hope and humanity in bleak situations. He also delivers a thought-provoking story, with a high level of creativity and flair...just the right amount of intensity throughout. An imaginative, offbeat urban-fantasy...
Kirkus Reviews
UK CUSTOMERS: Click on the title below to download
Death Ain't But A Word: A Supernatural Hot Mess

Prices may change at any moment, so always check the price before you buy! This post is dated Monday, July 29, 2013, and the titles mentioned here may remain free only until midnight PST tonight. 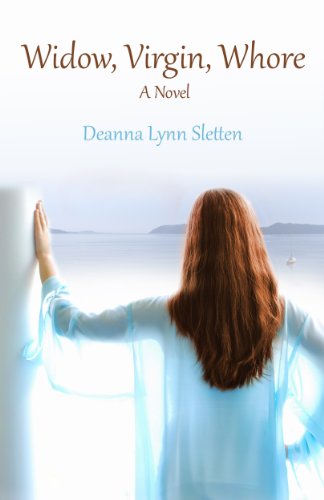 4.5 stars – 63 Reviews
Kindle Price: FREE!
Text-to-Speech and Lending: Enabled
Don’t have a Kindle? Get yours here.
Here’s the set-up:

When recently widowed Katherine Samuals purchases a home to share with her son, Christopher, and her best friend, Denise Richards, the last thing she expects is to include Denise’s outrageous sister, Darla Richards, into the household. But Katherine agrees because she adores Darla’s daughter, Chelsea, and feels this is a good opportunity to give the young teen a real home. 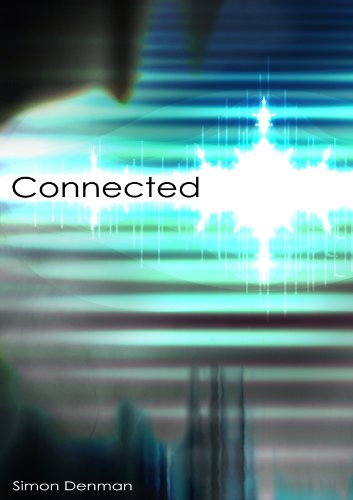 4.2 stars – 101 Reviews
Kindle Price: FREE!
Text-to-Speech and Lending: Enabled
Don’t have a Kindle? Get yours here.
Or check out the Audible.com version of CONNECTED
in its Audible Audio Edition, Unabridged!
Here’s the set-up:
Beginning with the funeral of a renowned classical violinist in a sleepy rural hamlet in the Lake District, a former theoretical physicist tries to make sense of his brother’s suicide. Across the country, a university student, enjoying the unexpected attentions of an enigmatic seductress, is disturbed when his best friend falls to his death from the thirteenth floor of a neighbouring campus tower block.

A Mile in Their Shoes: Conversations With Veterans of World War II 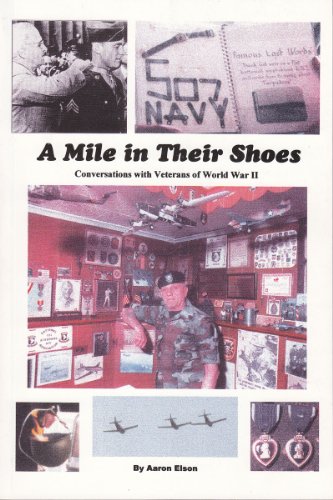 4.5 stars – 17 Reviews
Kindle Price: FREE!
Text-to-Speech and Lending: Enabled
Don’t have a Kindle? Get yours here.
Here’s the set-up:
Aaron Elson has been recording the stories of World War 2 veterans for more than 20 years. In this collection he presents a dozen compelling interviews. They include a conversation with five 101st Airborne Division veterans of the siege of Bastogne, a 90th Infantry Division Medal of Honor recipient, two 82nd Airborne veterans of D-Day and the Battle of the Bulge, a survivor of the pre-D-Day disaster at Slapton Sands, and a father who was in World War II and his son who served in Vietnam. 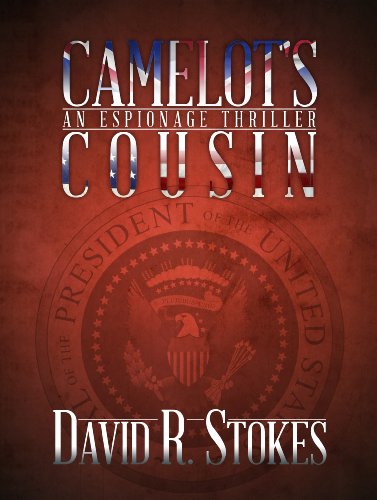 4.6 stars – 47 Reviews
Kindle Price: FREE!
Text-to-Speech and Lending: Enabled
Don’t have a Kindle? Get yours here.
Here’s the set-up:

hen a Dad tries to dig a hole in his Northern Virginia yard to bury the remains of the family pet, he chances upon a mysterious briefcase. Its contents include a journal with cryptic writing. He turns to his friend, and boss, Templeton Davis, a Rhodes scholar, popular national radio talk show host, and best-selling author of spy novels and history books, for help figuring out what he’s found. They soon realize that they possess materials concealed more than 60 years earlier before by Soviet intelligence and espionage agent, Kim Philby–and also clues to the last great secret of the Cold War.

Diary of a Public Radio Slave 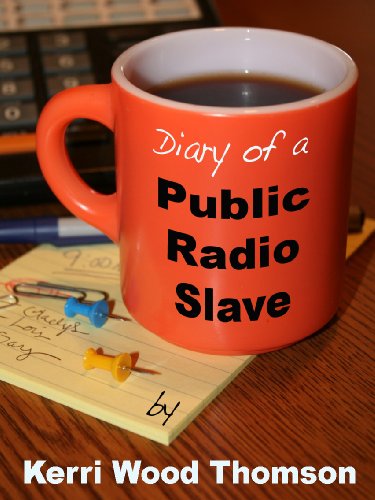 4.0 stars – 22 Reviews
Kindle Price: FREE!
Text-to-Speech and Lending: Enabled
Don’t have a Kindle? Get yours here.
Here’s the set-up:
When Sloan Kennedy is handed a pink slip from her employer and her fiancé, she takes a job as a receptionist at a local public radio station, quickly becoming immersed in the goofy world of broadcast journalism students perfecting their British accents, gossiping busybodies, flaky bosses, and uber pledge drive fans. Sloane must pull it all together as visiting radio personality Sebastian Kohler arrives, complete with an insane list of Green Room demands, including a specialty breathe mint, rumored to help squelch Mr. Kohler’s notorious halitosis. When fighting coworkers lock themselves in the bathroom, Sloane realizes that she may have to go on-air to interview Mr. Kohler and help reach the pledge drive goal. 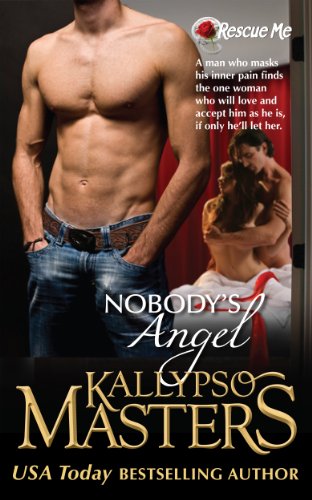 Out of Time: A Time Travel Mystery (Out of Time #1) 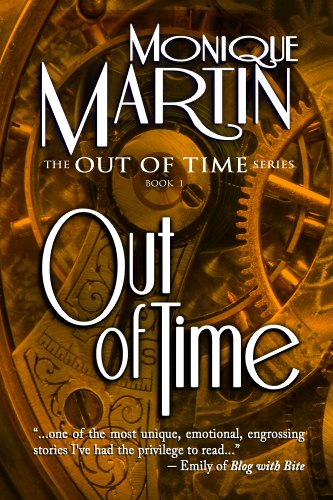 4.1 stars – 386 Reviews
Kindle Price: FREE!
Text-to-Speech and Lending: Enabled
Don’t have a Kindle? Get yours here.
Here’s the set-up:
Professor Simon Cross has spent his life searching for evidence of vampires and avoiding emotional entanglements. When a mysterious accident transports Simon and his assistant, Elizabeth West, back in time, Simon finally finds both the proof that he’s been looking for, and the romance that he hasn’t.