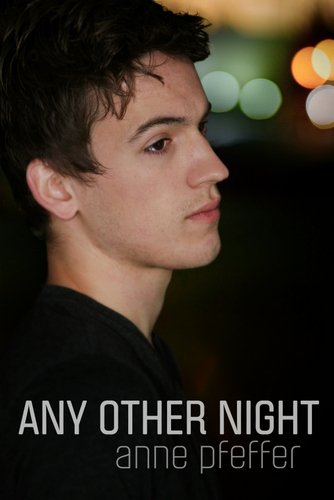 Any other night, Ryan Mills would have driven his best friend, Michael, to Emily’s sweet sixteen party at the Breakers Club. Instead, determined to win over the birthday girl, he goes to the party early and alone, setting off a chain of events that ends with Michael’s death in a car accident.

Ryan blames himself for what happened to Michael. As far as he’s concerned, he doesn’t deserve to have love or be happy ever again. Then he learns Michael left a secret behind. Ryan feels compelled to take on his friend’s unfinished business, and in the process, changes his life forever and becomes a man.

This book was published in October 2011 under the title Loving Emily. It was reissued in May 2012, with the content unchanged, as Any Other Night.

A NOTE ABOUT CONTENT: The characters in this book occasionally engage in nonexplicit sexual activities and, in several instances, use profanity and illegal drugs.