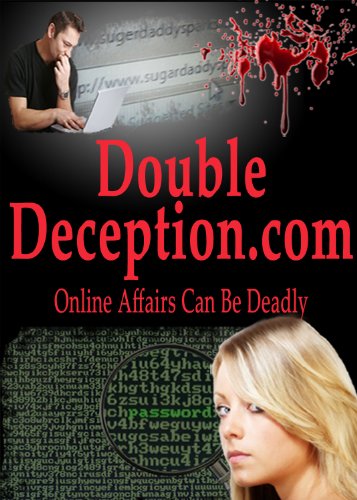 by Cheryl Minnick
5 stars – 5 Reviews
Kindle Price: $2.51
Text-to-Speech and Lending: Enabled
Don’t have a Kindle? Get yours here.

When suburban housewife Paige learns that her alcoholic husband, Jim, is frequenting online hook up sites, she sets out on a quest to find out just how far he will go. Along with seedy internet sex sites, internet spyware reveals ties to a long forgotten mystery. When Paige encounters Jessie, a misfit with a grudge, her plan to deceive Jim with a fake identity escalates and takes a murderous turn.

Paige becomes hopelessly entangled in depression and her internet alter ego. When she discovers that Jim’s secrets are more monstrous than she imagined, she struggles to avoid a psychological meltdown and must twist her plan in order to save her children, solve the mystery, and regain her sanity.

Cheryl Minnick was born in Tulsa, Oklahoma and attended the University of Oklahoma.  DoubleDeception.com is her debut novel.  It is inspired by her own true life experience. (in online affairs, not murder!)

Colonel L. Fletcher Prouty, the former CIA operative known as ‘X,’ offers a history-shaking perspective on the assassination of president John F. Kennedy, suggesting that Kennedy’s death was a coup d’etat, a theory based upon tidbits that only a CIA insider would know.