It’s the Kindle 2.5, a software update that will be coming in May to the Kindle and Kindle DX, with some of the most important features that we’ve been calling for since the first edition of The Complete User’s Guide

back in early 2008, including an approach to the folders issue and the capacity for Kindle owners to network directly from the Kindle around what they are reading. Thanks to Paul Biba at Teleread for the heads up.

We’ll have more on these major developments in the next few days, but here’s Amazon’s announcement text

directly from the Kindle Support pages:

The 2.5 software update for Kindle and Kindle DX is coming soon. We are rolling out the new software update to a limited group of Kindle users and plan a broad release in late May 2010. Check back here for updates on the release schedule. 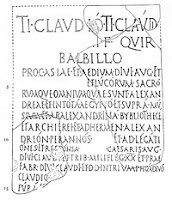 With the Kindle 2.0 Jazzed Level at Code Red, it would have been easy to miss important features that are included in the version 1.2 firmware upgrade that Amazon has been zapping in waves to the 713,451 Kindles* that are currently in the field.

So the sometimes helpful Amazon Kindle Team posted this announcement on the Kindle’s own Amazon discussion forum:

A new software update for Kindle has rolled out. This update (version 1.2) adds the following features:

– Zoom any image in Kindle books or periodicals by selecting the image using the scroll wheel.
– Individual items and groups of items can be deleted directly from the Home screen. Simply scroll to the item you wish to delete and push the backspace key.
– Improved character and font support including Greek characters and monospace fonts.

To make this process as effective as possible for all of our customers, not all devices will be sent the update at the same time. When the software update is available and your Kindle is connected wirelessly to Whispernet, the update will download to your Kindle automatically. Then, the next time Kindle is in sleep mode, it will take advantage of the idle time and apply the update.

The zoom feature will be important for all of us who have been frustrated by the Kindle’s previous inability to show us useful graphics of art, maps, diagrams, tables, etc. Obviously, this feature will greatly enhance the Kindle publishing platform’s appeal for publishers of academic texts, other textbooks, and travel guides, among others.

The upgrade that allows us to clean up our personal Kindle library by deleting titles directly from the home screen is an important convenience, but like many of the features missing from the Kindle 1.0, it deserved to be more remarked “in the breach than in the observance.”

Then there is the Greek alphabet thing. H’mm. Maybe it’s a signal that the first destination for a global Kindle roll-out will be among American ex-pats on the island of Crete. Or not. Maybe it’s all about academic texts. Maybe it ties back to Jeff Bezos’ original launch day statement that the Kindle would eventually be able to access “every book ever printed” and illuminates a commitment to go all the way back to those pre-Gutenberg texts that Caesar used as Kindling 2057 years ago. In any case, I’m yet to be convinced that this one will change my life.
____________________________
* I arrived at this scientific quantification of the Kindle’s installed base by drawing from two sources: the time showing on my Kindle as I began typing, and the temperature at which paper becomes spontaneously combustible. And no, you can’t check my work.