Tavish can’t explain why he disappeared on Kelsey for seven years…. Tavish: A Time Travel Romance (Dunskey Castle Book 1) by Jane Stain. Free today! Get the rest of the series for only 99 cents each!

We’re not scheming you! Get your bonus entry word here for a chance to win! And speaking of schemes… Check out The Summer of Charlie Ponzi by Noel Hynd

The mind is a strange beast: extraordinary, unpredictable, protective. Penny Osborn’s mind is no exception… Inside Voices by Sarah Davis

Each new contract the bounty hunter takes on could lead him to untold riches… or to the ambush meant to finally put him down: Contracts & Terminations Complete Series Boxed Set by Jason Anspach and Nick Cole

Yara loves her beautiful rainforest! Will she be able to save it? Yara’s Tawari Tree by Yossi Lapid

Here’s your BONUS giveaway word! Enter to win your choice of fabulous prizes!

My $199 Google Nexus 7 tablet arrived Wednesday, and I’m a newly minted fan. Kindle Nation Daily, and I personally, have been ardent in our love for all things Kindle for almost five years now, and this has not changed. But our heads have been turned by this new kid on the block. And not just because the emergence of the Google tablet could lead to some real ebook price and feature competition (as we’ll see later.)

The Google Nexus 7 hardware itself, and the attention to quality with which this 7-inch tablet has been built, is a flat-out triumph. The Nexus 7 hardware is manufactured for Google’s Android 4.1 (Jelly Bean) platform by Asus, and whether you give Google credit for bringing the Nexus 7 to market or for simply selecting the right Android tablet product from the available third-party choices, kudos are definitely in order. 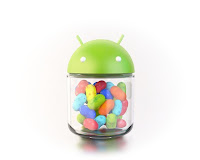 Just to hit a few of the hardware high points, the unit comes with a 7” 1280×800 HD display (216 ppi) (same size as the Kindle display, better resolution than the Fire’s 169 ppi, not as good as the iPad’s 264), scratch-resistant Corning glass and a 1.2MP front-facing camera, and it weighs under 12 ounces (the Kindle Fire is 14.6 ounces and the iPad is about 23 ounces.) It has nice 10-hour battery life for most purposes (much longer if all you are doing is listening to music or an audiobook), ships with a fast, crisp Quad-core Tegra 3 processor, wifi, a camera, a microphone, and an accelerometer, among other things. The base unit comes with 1 GB RAM and 8 GB storage, or you can pay $249 for 16 GB storage.

There are various ways to look at this turn of events, and while they are largely good for Google, they are not necessarily bad for Amazon and the Kindle Fire. One reason the emergence of a Google tablet is actually great for Amazon is that, like the iPad, the iPhone, and several other devices, it is one more way to connect with the Kindle Store, the Amazon MP3 store and cloud player, the Amazon-owned Audible.com store, and the overall Amazon store, but of course there’s more to it than that.

There are now four important tablets on the market, and for the first time since late 2011, the game may be about to change at a fundamental level. Until now, the Kindle Fire has not had serious competition — in terms of the overall value proposition — from any other tablet. The Nook is a nice hardware unit that has been hampered on the content and customer-experience side by an Edsel-like initial presentation, atrocious customer service, and deceptive marketing. The Apple iPad is very cool, but at $399-$829 it is so expensive that it seems as if Apple thinks it is in a different market niche from that occupied by the Kindle Fire and the Nook (which is why the Fire has made serious inroads on the iPad market share.)

All that has changed, and the real competition is now on. As a hardware device, the Nexus 7 is significantly superior to either the Kindle Fire or the Nook, and one has to get into very arcane and rather nitpicky territory to find much about it that is inferior to the iPad.

In trying to define the value proposition among tablets in the past, I have stated my view that for most users the Kindle Fire can do 75 to 85% of what you actually would do with an iPad for 23 to 50% of the iPad’s cost. For the Nexus 7, based on my extensive use of it during the past 48 hours, I believe it can do about 97% of what most users actually would want to do with the iPad, still for just 23 to 50% of the iPad’s cost.

That’s pretty compelling. If you demand that your tablet must have “retina display,” you’ll want a third-generation iPad, and such magical and revolutionary enhancements combined with Apple’s brand power will likely dictate continued growth in iPad sales. But unless the iPad finds a way to compete with the Google tablet’s $199 price, that growth will slow, and it seems very likely that Apple’s iOs tablet market share, estimated recently at 70%, could decline to a minority share, as early as this Fall among all tablets sold, and eventually for total installed base as well. Any way you cut it, these events are likely to have a negative impact on Apple’s revenue in three important ways: overall iPad tablet sales, iPad per-unit profitability, and iPhone sales (which have already been surpassed by Android phone sales.) Apple’s Mac personal computer has been an iconic and profitable product for years despite having only about 13% of the U.S. PC market, but Apple’s iOs device strategies are predicated on a much greater market share, and Apple will have to act boldly over the next three to five years to avoid serious slippage in market share for the iPad, iPhone, and iPod Touch.

At the risk of admitting that I may have buried the lead here, I expect it will be equally interesting — and in this case we should have a very good idea over the next three to five months — to see how the emergence of the Google tablet affects Amazon’s Kindle offerings, by which I mean not only the array of devices but the wide and growing range of content that can be consumed on the Kindle Fire.

Like the Kindle and the iPod, the raison d’etre for the Google tablet is content consumption. The eInk Kindle and the Kindle Fire excel as content consumption devices, but even the Kindle Fire is not quite what we would like it to be when it comes to navigating the web, handling email, productivity uses, game play, and some other purposes. Google’s video presenters for the tablet and for the latest version of the Android platform are clearly taking aim at the Kindle Fire and the Nook when they say pointedly that “we’ve declared war on lagginess,” and for now at least they have certainly won a pivotal battle.

It’s important to remember, as we have seen repeatedly with the Kindle over the past few years, that it takes a lot more than having the best hardware to build dominant market share where personal electronic devices are concerned. While we loved the first three or four Kindle models (1, 2, 3, and DX) each in their own way as they came to market, what made Kindle the dominant ebook reader and transformed reading was the combination of the hardware with what I like to call the four C’s: customer base, catalog, convenience, and connectivity. From 1995 to late 2007 Amazon built an outrageously popular and well-stocked online bookstore that avid readers had already learned how to navigate, and with the launch of the Kindle made a seamless transition to even greater convenience and instantaneous-delivery connectivity.

The fact that Google has nailed the Nexus 7 tablet hardware does not mean that avid readers will come to see Google Play anytime soon as their go-to bookstore or, for that matter, their go-to online store for music or movies. Although Google uses some creative counting to claim the largest ebook catalog, the Kindle Store probably has an insurmountable lead among ebooks that are actually likely to be purchased  — one part of which is the fact that authors and publishers have given Amazon “Kindle exclusive” status for about 177,000 ebook titles at last count — and I’d be surprised if the Kindle ebook platform does not establish itself as the most popular ebook platform (and store) on Google’s tablet, just as it has on Apple’s tablet. If we see Google investing a great deal of cash in ebook price wars this Fall after the agency model is killed in the courts, it will be a strong signal that Google thinks it is worth the fight to try have its own ebook platform prevail over Kindle. But while Google’s pockets are much deeper even than Amazon’s, it will take more than price to compete with the Kindle’s bookselling prowess. Google’s bookstore is organized far better than the pathetically understocked iBookStore, but it falls far short of Amazon’s user-friendly search-and-browse infrastructure for both ebooks and print books.

Google Play may be much more competitive when it comes to music, movies, and apps. The combined power of the iTunes Store, Amazon’s MP3 Store and their respective clouds means that it will take a lot for Google to be a real contender with respect to music, but aggressive pricing and marketing could make a huge difference here. At least for now, neither Amazon’s nor Apple’s instant video offerings are available on the Google tablet, and Google’s App store is better stocked than Amazon’s. It will be interesting to see if Amazon is able to make deals for compatibility of its video and app offerings on the Nexus 7, but it’s hard to see why Google would want to go there.

Unfortunately, there are already some indications that Google, for all its cash, power, and virtuosity in several areas of its business, may not have the intense focus on customer experience necessary to push its Google Play content offerings anywhere near the head of the class. Perhaps I’m setting the bar high here after years of being spoiled by the stellar customer support offered 24/7 to Kindle owners, but my first couple of days with the Nexus 7 included some head-scratching moments, including:

So it was a bit of a bumpy start, but I will get over it. Especially if I see plenty of evidence that Google knows how to do this customer support and customer experience thing. For people who use other Google commercial services like Blogger, Youtube, Adwords, Adsense, etc., Google is known for being a company where one can never reach a human being. Needless to say, that won’t work for Google’s latest business venture.

What’s the bottom line? If you were thinking of buying an iPad, I would strongly recommend that you try the Google tablet first. If you were thinking of buying a Kindle Fire, this Google tablet launch should give you pause. Amazon needs to act quickly to hold onto the Fire’s position in the face of this upstart, and that should mean — before the holidays — that we will see a new and improved Kindle Fire, with an even more appealing array of price points. Can Amazon compete at the high level at which Google has now set the bar? I’d be shocked if it didn’t step up, but we’ll see.