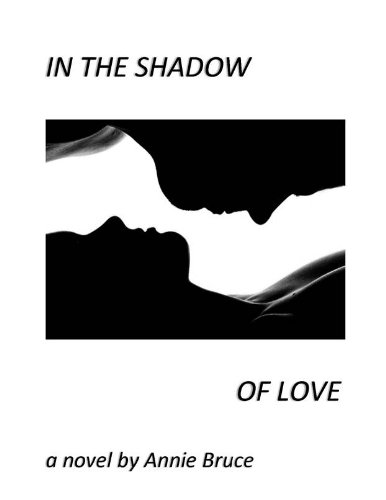 In The Shadow of Love

by Annie Bruce
3.0 stars – 2 Reviews
Kindle Price: $1.99
Or currently FREE for Amazon Prime Members Via the Kindle Lending Library
Text-to-Speech and Lending: Enabled
Don’t have a Kindle? Get yours here.

Maggie Faraday’s life is tough enough as it is–the single mom is raising grade-school twin boys on her own, dueling with an ex-husband, and trying to build her career as a forensic linguist. The lovely but gutsy Maggie has learned to depend on herself and bury her loneliness. The last thing she needs is to find that her dear friend, and wealthy client, has taken his own life. What’s worse, Maggie knows in her heart that this is no suicide–the documents she was asked to analyze all point to a criminal scheme, but not to the criminal himself.

A call to the Chicago police leads to a meeting with the broad shouldered but skeptical Detective A.J. Morris, and Maggie is immediately attracted to the tall, virile, and ruggedly handsome detective. But Morris has locked his own emotions away behind a “by-the-book” facade, especially after the death of his partner. While he is drawn to Maggie, he at first doubts her story. But regulations are regulations and Maggie seems to touch something long dormant in him, so despite interference from an obnoxious fellow detective, Morris does his legwork and discovers that there’s more to the case than the press and the brass want to admit.

The two soon join forces to solve a crime that puts them both in danger from an unknown enemy and their own emotions. As they race against time and an undeniable attraction to each other, the case heats up and so does their passion. With their lives threatened they can’t escape themselves or each other and soon give into the desire that they’ve both tried to deny. While their heads say play it safe and keep away, the hearts of these two determined, lonely people tell them to take a chance on each other. A night of passion unites them in ways that neither has experienced before but a heinous crime and their own secrets threaten their newly found happiness. Can Maggie and Morris solve the crime before their own emotions tear them apart and a murderer hunts them both down?

From the voyages and raids of the Viking tribes in the 10th century to the healing sought by Vietnam War soldiers decades after the conflict, today’s deal presents a collection of stories about war and its aftermath. All nine of today’s thought-provoking books are just $1.99 (up to 89% off).

Lost in Shangri-La: A True Story of…

The Only Thing Worth Dying For (P.S.)

We Are Soldiers Still

Tonight We Die As Men PB: The Untold…

SEALs: The US Navy#s Elite Fighting…

No Greater Ally: The Untold Story of…