What if the evil boss you fantasized about murdering actually wound up… dead?

The master of Feminist Noir and award winning author, Kelly Oliver serves up an irreverent murder mystery with flavors of hard-boiled mobster grit, a dash of romance, and a big dollop of girl power, along with a fierce female lead readers adore. Endearingly awkward, Jessica James is a brilliant philosopher who’s much more than curious–she’s fearless. Plus there’s Jesse’s ragtag posse–Amber, the tech-savvy hippie, Jack, a wisecracking stoner, and Lolita, the seductive “poker Tsarina”–as the icing on the cake.

Smart, capable women shine in this cast.
Jessica wants only to defend her thesis and earn her degree. But when she discovers her advisor’s dead body in a bathtub, she becomes entangled in a web of lies, secrets, mystery, and murder and her only way out is through.

Enter Dmitry, university janitor and former-heir to The Oxford Don’s Russian mafia syndicate. At the age of eighteen, Dmitry cut ties with his family and fled his homeland with two of his father’s most prized possessions–Russian paintings valued at several million dollars apiece. He’s kept a low profile for decades, but after the Wolf’s death, his wife and daughter’s lives are at stake.

Can Jessica and Dmitry team up to catch a killer before they become his next victims?
Independent Publisher’s Award, Best Mystery/Thriller
Foreward Magazine Award Best Mystery Finalist

If you like you’re sleuths fierce, funny and female, you’ll love Jessica James in this award winning page-turner.
Simultaneously heartwarming, irreverent, clever, and suspenseful, WOLF will keep you up past your bedtime.
Grab your copy of WOLF now and see how Jessica and her ragtag posse school frat boy rapists, drug dealing mobsters, and philosophy students who’ve read too much existentialism.
For anyone who has ever wanted to murder the Wolf in their life.
Fans who like their female protagonists fierce and fearless will love this page-turner from award winning author, Kelly Oliver.

Nobody tops Kelly Oliver for delivering fast-paced narrative, quirky characters, and a plot as twisty as a bucking bronco–all of this leavened with Oliver’s trademark wry humor. –Caroline Taylor, author of Loose Ends and The Typist

Mystery, Suspense, Action, Adventure, Romance, and Laugh-out-Loud Humor. What more could you want in a page-turner?
A riveting suspense novel that keeps you guessing until the end.

WOLF is part of the Jessica James Mystery-Thriller Series. If you love a page-turning feminist thriller with mystery, humor, and a dash of romance, pick up WOLF today! 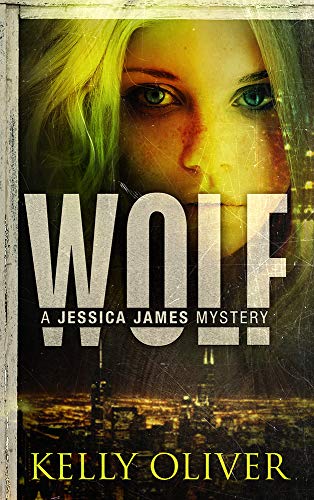 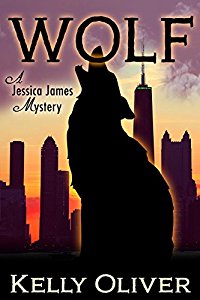 Sometimes virtue is just the flip side of vice.

Former Montana cowgirl, Jessica James, is homeless, penniless, and sleeping on a desk in the attic at Brentano Hall. She blames her advisor….

Kelly Oliver is today’s Fire giveaway sponsor! Just subscribe for FREE at BookGorilla.com. Scroll down to find the entry link in each day’s alert!