and we’re glad they are taking us with them.

The latest tool that they have introduced didn’t even rate one of their thrill-a-minute press releases. Here’s what the company tweeted Sunday with a link to the new Video Finder.

There are more categories and subcategories than any 10 ovie buffs could possible dream up, all very well organized, and wherever your browsing takes you, it’s a snap to drill down so that you only see titles in one of these four categories:

We’re having so much fun checking out the search infrastructure and finding videos that we may never get around to watching. Although we do like to watch.

But just to give you an idea — sure, the darker souls in their midst will enjoy the fact that the Video Finder allows us to browse “Dystopian” titles. But this tool then allows you to select from a dozen different Dystopian subcategories! Because even those dark souls occasionally enjoy a dystopian comedy, right?

It’s still in Beta — no puns, we’re not going there — but check it out and let us know what you think!

I’m waiting for my Kindle Fire, along with thousands of other citizens of Kindle Nation. It’s supposed to arrive on November 16, but wouldn’t we love it if Amazon surprised us by shipping the Fire tablet a few days early? 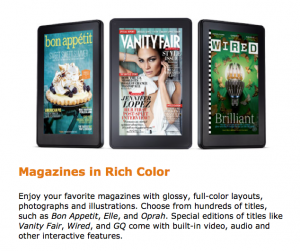 In the meantime Amazon continues to whet our appetites by teasing us with the content that will soon be available on the Kindle Fire, including new PBS programming announced this morning in an on-sire letter from Jeff Bezos and an Amazon press release, programming that will be free to Amazon Prime members through Prime Instant Video:

Prime members will have access to more than 1,000 episodes of popular
PBS television, which will roll out on the service over the next several
months. PBS titles will include NOVA, Masterpiece and Antiques
Roadshow, along with the Ken Burns series of documentaries featuring The
Civil War, The National Parks: America’s Best Idea, Baseball,
Jazz and the acclaimed new series Prohibition, which
premiered on PBS stations earlier this month. Prime instant video will
also offer popular PBS news programs with day-after air availability
from shows like Frontline and Washington Week. Beginning
in early November, and for the first time ever on digital video, PBS
brings Prime members 200 episodes of The French Chef with the
world renowned Julia Child.

Amazon Prime, just in case it’s new to you, combines free two-day delivery of millions of items in the Amazon Store with free instant streaming of thousands of video movies and programs, all for an annual rate of $79 or a free introductory month with your Kindle Fire. Learn more here.

So while I work this morning, with no Kindle Fire tablet yet to be found in my home, the first episode of Ken Burns’ Prohibition, which I missed last weekend, is playing on the MacBook Pro on my desk. When it’s finished I’ll probably switch over to listen to some music on the Cloud. But I’m counting the days (28, I think) before the Fire ships, not only because it will make the process more seamless and enjoyable but because the Fire will take its place alongside an e-Ink Kindle as my go-to device for video, music, newspapers and magazines, apps for productivity and fun, and sometimes even reading.

For starters, Amazon is already teasing a very compelling three-month free trial offer for Kindle Fire-optimized magazines, available only to Kindle Fire owners,  that is bound to lead to millions of magazine subscriptions on the new device almost immediately on November 16:

Stay tuned for more, including a new initiative from Kindle Nation itself whose aim will be to help you explore all the new pathways and portals that the Kindle Fire tablet will help to open for your brain.

Here’s Jeff’s letter on the Amazon website this morning: 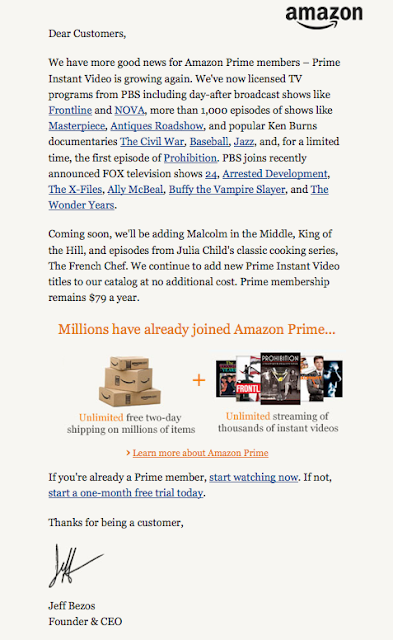