Big news! We have a winner!

And our new winner is the very first to qualify for our new “Double Your Winnings” provision by being a subscriber in good standing with both Kindle Nation and BookGorilla!

We just sent out this notification email to Timothy Landskroener of St. Louis, MO:

Are you sitting down?

Well, congratulations, Timothy Landskroener! We had over 5,200 entries in our KND Kindle Fire HD Giveaway Sweepstakes for the week that ended April 7 … and you have been selected to be the winner of our weekly  Grand Prize, a brand new Kindle Fire HD tablet!

But that’s not all! Because you qualify as a subscriber both to Kindle Nation and BookGorilla as of yesterday, you can double your winnings. That’s right! Since you were selected as our grand prize winner, and you are also an active BookGorilla subscriber, we’ll let you choose between the following prizes, each of which is worth $399!

So we’ll wait to hear back with you as to whether you would prefer Option 1 or Option 2. Please let us know within 24 hours, and we’ll send you your choice via Amazon,

To let us know, please contact Kindle Nation at XXX@XXX.COM, and confirm your phone number and shipping address (what we have is listed at the end of this message). To be eligible for this prize you must respond from your winning email address –  XXX@XXX.COM  – within 24 hours, but sooner would be better so we can get you in Amazon’s queue for a brand new Kindle Fire HD.

Congratulations on being selected as our winner and thanks so much for entering our Sweepstakes!

Once we get your confirmation and get the order in, you should see your new Kindle within two or three business days, and we will send shipping info when we receive it from Amazon.

LAST WEEK’S SWEEPSTAKES HAS CLOSED, BUT YOU CAN ENTER THE LATEST KINDLE FIRE HD GIVEAWAY SWEEPSTAKES AT

A Warm Place to Call Home (a demon’s story) 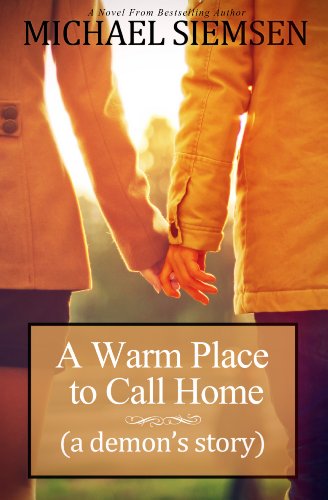 Frederick is a demon. Born in Maryland in the early 1980’s, he hasn’t a clue where he came from or why, but feels an irresistible desire to occupy a human body. Once inside, he finds the previous occupants’ consciousness and memories forever erased, an inevitable side effect that gives Frederick pause when switching bodies, but not so much as to truly halt his ongoing enjoyment of human lives. In various bodies, he travels the world for decades–aimless–sampling cultures and experiencing life from the points of view of males, females, young, old, rich, poor.

Now, Frederick has an urge to return to his roots in America, explore the mystery of his origin, find someone to love, and settle down for a while. In his hometown, his mission bears fruit much faster than he expected, as person after person presents themselves, and following his impulses, he is lead directly to love, tragedy, answers, and the humanity he never knew he wanted.

Michael Siemsen grew up in Venice, California, the second son of a Vietnam veteran turned policeman. Initially focusing on performing arts, Michael attended the prestigious Alexander Hamilton Academy in Los Angeles.After serving in the U.S. Army as a tracked vehicle operator, he returned to civilian life and began writing short stories and screenplays, and directing short films and music videos.Moving to Northern California in the late ’90’s, Michael met his future wife, Ana. The two now live near the San Joaquin River Delta, with their three equally-adventurous children and Brody, the ever-gaping Lab.Michael is currently at work on a new novel, unrelated to the Matt Turner series. It should be released sometime in 2013, depending upon Brody’s seemingly endless need to urinate or engage in exercise.http://www.facebook.com/mcsiemsen
http://www.michaelsiemsen.com
twitter: @michaelsiemsen
Sweepstakes loading…

“Not every monster is created equal.” 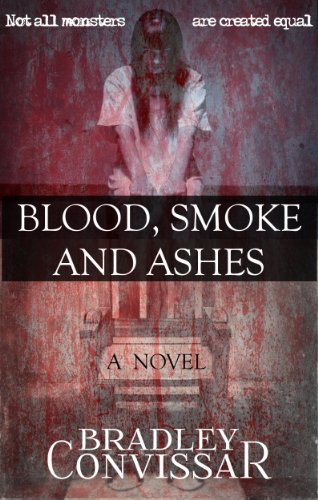 In the Fall of 1955, the state of Nevada used the electric chair to execute a prisoner for the first time.

It was also the last time.

Molly Blackburn, nicknamed Jane the Ripper by the Las Vegas press after killing eleven men while posing as a prostitute, was strapped to the chair without incident. The switch was flipped.

Everything after that went horribly wrong.

Since that day, a copycat Jane the Ripper has appeared almost every decade in a different city, mimicking Molly’s choice in victims as well as her methods of murder. She kills eleven men then disappears, never to be found. The similarities between the bodies left behind each decade is uncanny. As if they are all the victims of the same murderer, not a copycat.

But that’s impossible, of course, because Molly Blackburn is dead, her execution witnessed by a dozen people.

FBI Agent Jack Shaw, the lead investigator in the Jane the Ripper cases since the seventies, finally catches a break in 2009 when the intended fifth victim manages to turn the tables on the newest copycat . Everyone believes that the horror has finally ended with her capture. Shaw is not so sure, though, wondering if someone else will take up the mantle and kill seven more men to complete the cycle. But when no more bodies with her distinctive markings show up over the next two years, Shaw allows himself to believe that maybe he has seen the end of the Jane the Ripper murders.

As it turns out, what he thought was the end was only the beginning.

His hunt will take him across the country, and even when he thinks he’s finally discovered the truth, he quickly learns that not everything is as it seems.

That not every monster is created equal.

That the nature of good and evil is not as black and white as he has always believed.

That not everything that is broken can be put back together.

That not every fractured soul can be saved.

When blood, smoke and ashes rise, no one comes out the same on the other side.