“The bastard child of a marriage between Jack Reacher and Westworld! Had to keep reminding myself to breathe…” – Christopher Cartwright, The Sam Reilly Series

The words of his boss should have bothered Ivan Petrovic. As it was, he was too distracted by what was in the crate to absorb them fully. The special delivery for the volatile Chicago mobster, Dimitri Molenski, had just been opened and revealed the most perfect woman Ivan had ever seen… except she was no woman, it was a machine. A perfect human form robot.

Molenski’s strange behaviour at the sight of his custom-made ‘Sinthetica’ robot at first intrigued Ivan, then downright scared him. His ominous words made it clear that the machine was no mere sex bot and that there was something far more sinister at play.

The mystery would have to wait though, Ivan doesn’t realize it then, but opening the crate had set in motion a chain of events that may just bring Molenski’s empire crashing down on both their heads.

If you’re a fan of Altered Carbon, Dredd, Blade Runner, The Terminator or the Murderbot series, you’ll love this near future thrill ride – book 2 is coming in early 2020

*Warning: This is an author cut new edition of the original version entitled “Inga”, it contains graphic depictions of violence and strong language. 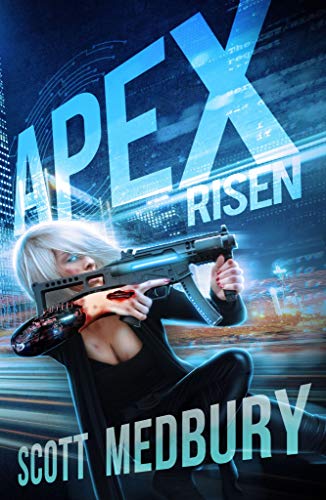