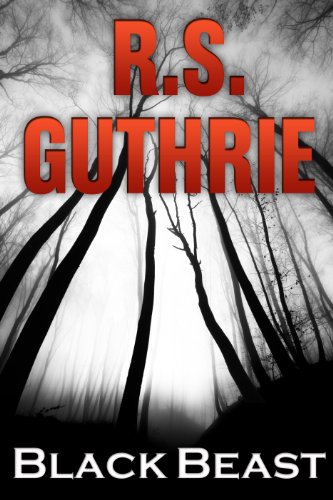 4.6 stars – 63 Reviews
Kindle Price: $3.77
Or currently FREE for Amazon Prime Members Via the Kindle Lending Library
Text-to-Speech and Lending: Enabled
Don’t have a Kindle? Get yours here.
Here’s the set-up:

Decorated Denver Detective Bobby Macaulay has faced down a truckload of tragedy over recent years. The death of his partner; the loss of his own leg in the line of duty; the companionship of his beloved wife to cancer; his faith in God to his inner demons.

After the man who ruined his leg and killed his first partner is executed, Macaulay becomes the lead detective investigating the Sloan’s Lake murders. The method of killing in this double-homicide is so heinous it leads Macaulay and his partner down an ever-darkening path–one that must be traversed if they are to discover the evil forces behind the slaughter.

Just when Bobby Macaulay is questioning the very career that has been his salvation, he will discover a heroic history buried within his own family roots: The Clan MacAulay–a deep family lineage of protectors at the very core of a millenniums-long war against unimaginable evil.

“Black Beast” is the first in a series of “Clan of MacAulay” novels–a stellar first outing for new author R.S. Guthrie. The book is a page-turner that avoids meandering, written with tight prose that keeps the action flowing. The reader is taken inside the heart and mind of a common hero who will make you believe in good again–Macaulay is a believable, flawed character with whom each of us can relate and for whom each of us will cheer.

Reviews
“Kudos to R.S. Guthrie!! I started reading Black Beast and from the first chapter I couldn’t wait to find out where the story would lead — a real pager-turner full of suspense and intrigue.” – Becky Illson-Skinner, Mystery Writers Unite

“R.S. Guthrie is a marvelous storyteller…The development of his characters is awesome. You feel you’ve known ‘Bobby Mac’ all your life.” – Kathleen Hagburg, co-author of Getting Into the Zone, a Course and Workbook For The Mental Game

R.S. Guthrie grew up in Iowa and Wyoming. He has been writing fiction, essays, short stories, and lyrics since college.

“Black Beast: A Clan of MacAulay Novel” marked Guthrie’s first major release and it heralded the first in a series of Detective Bobby Macaulay (Bobby Mac) books. The second in the series (Lost) hit the Kindle shelves December of 2011.

Guthrie’s “Blood Land” is the first in the Sheriff James Pruett Mystery/Thriller series and represents a project that is close to his heart: it is set in a fictional town in the same county where he spent much of his childhood and still visits.

Guthrie lives in Colorado with his wife, Amy, three young Australian Shepherds, and a Chihuahua who thinks she is a 40-pound Aussie!

Readers can catch up with what’s new with R.S. Guthrie at his official site, http://www.rsguthrie.com , or discussions related to writing at his blog, Rob on Writing (http://robonwriting.com).