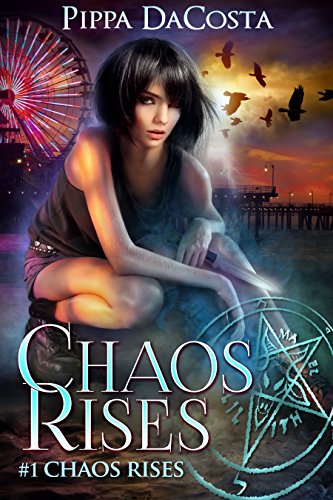 4.5 stars – 18 Reviews
Kindle Price: 99 cents
On Sale! Everyday price:
Text-to-Speech and Lending: Enabled
Don’t have a Kindle? Get yours here.
Here’s the set-up:

NEW RELEASE PRICE ~ THIS WEEK ONLY

When the veil fell, any half-bloods not strong enough to withstand Chaos were torn apart. Some, like me and my brother, survived the Fall. Most did not.

That’s the good news. The bad news saw a whole other world try and devour ours. Demons, we call them. They came in countless waves. Destroying. Killing. Many people thought it was the end…

The Fall lasted a week.

Hell almost claimed our world as its own.

And then, from one day to the next, it was over. The veil came back, stronger than ever. I’m not sure if anyone knows how it was put right. But I do know it’s been six months since the Fall, me and my brother are on the run, and the leftover demons aren’t the most dangerous things in LA.

This heart-pounding new urban fantasy series promises to bring a heady blend of action, suspense, and a hint of romance to the demon-torn streets of Los Angeles.

“Pippa DaCosta never fails to BRING IT with every book.”
“One of my all time favorite urban fantasy authors.”
“If (Chaos Rises) is even half as good as the Veil Series it’s going to be AWESOME.”
*Goodreads reviewers.