Fargo always said he’d rather die than go back to prison.

He never thought those would be his only choices.

Final days at the introductory price of 99 cents! 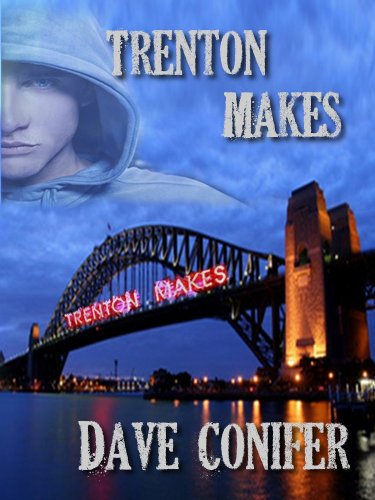 by Dave Conifer
4.5 stars – 2 Reviews
Kindle Price: 99 cents
Text-to-Speech and Lending: Enabled
Don’t have a Kindle? Get yours here.
Here’s the set-up:

Life after prison was already going badly for Billy Fargo, and that was before he found out he’s the skeleton in a very important person’s closet.

When Billy Fargo walks out of prison he’s determined to take revenge on the man who framed him. But before he can, he’s back in trouble with the law. This time it’s a double murder charge. Living on the outside is hard, but why is it getting harder?

Private eye Ricky Willmar is dead set on finding out, but after connecting the dots he’s shocked at what he learns. There’s somebody out there on the verge of something huge and he’s not about to let a bottom-feeder like Fargo get in his way.

Fargo always said he’d rather die than go back to prison. He never thought those would be his only choices.

In Joe Abercrombie’s cinematically-crafted novel packed with vivid action and witty dialogue, the blood and dirt of the battlefield hide the dark deeds committed in the name of glory. The epic tale tells the story of violence and ambition, gruesome deaths and betrayals; and the brutal truth that no plan survives contact with the enemy.

After a brief pause in the flow of brand new additions to our 250+ Free Book Alert listings, we’re back with a rush of a dozen brand new titles including an NCIS-themed mystery and a haunting memoir of the Holocaust….

As her marriage and her husband’s career crumble around her, Jane digs into their muscular handyman Manteo’s past and uncovers a horrible secret. Discover what it is for only 99 cents… 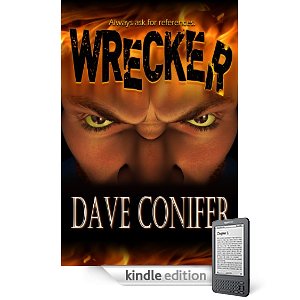 “What a wild ride of twists and turns and general insanity. The story line for this book is really wonderful. Fairly unique and … the pacing is perfection.”
–-Candy Beauchamp, Top 500 Reviewer

Jane thought a loveless marriage was as bad as it could get.

Steve thought life was perfect with a hired man to do his chores.

They were both wrong.

Jane Havelock is coping a day at a time in a bad marriage when her husband Steve hires handyman Rob Manteo for a never-ending series of odd jobs around the house. At first Jane is repulsed by Manteo, a huge, muscular man with primitive communication skills. But revulsion reluctantly gives way to curiosity and even fascination as loneliness drives her into a precarious friendship with Manteo. He’s morose and mysterious, but there’s definitely more to him than meets the eye. He seems to be hiding something.

As her marriage and her husband’s career crumble around her, Jane digs into Manteo’s past and uncovers a horrible secret. She knows now that it was more than chance that brought Manteo into their world, but it may be too late.

What the Reviewers Say
“Dave Conifer is at the top of his game here, with his latest effort ranking right alongside the best of Joseph Finder, Harlan Coben, and indie standout Eric Christopherson. Featuring rich, detailed, layered characters that will keep you guessing and a plot that never hits the pause button, “Wrecker

” kept me hooked all the way through. It almost “wrecked” my sleep schedule because I didn’t want to put it down and go to bed. A highly absorbing read.”
–CS

“Simple enough. You need work done around the house. You bump into a guy at Home Depot who does it cheap. You hire him. Three simple things – who could imagine that they would have anything to do with a convoluted mystery that has wrapped itself around the Havelock family and begins to strangle the life out of it… Read this book. It’s a fine piece of mystery/thriller writing that you will love and think about long after you’re done.”
–Larry Enright

is a great suspense novel, a real page turner that keeps you engaged and guessing right up until the end. The characters are interesting, you become involved in them and that helps to drive you on as much as the plots twists that make it hard to put the book down. I highly recommend this story for everyone!”
–L.W.

(or a free sample) to your Kindle, iPad, iPhone, iPod Touch, BlackBerry, Android-compatible, PC or Mac and start reading within 60 seconds!
UK CUSTOMERS: Click on the title below to download
Wrecker
Each day’s list is sponsored by one paid title. We encourage you to support our sponsors and thank you for considering them.
Authors, Publishers, iPad Accessory Manufacturers:
Interested in learning more about sponsorship? Just click on this link for more information.