Start saving money today with our FREE daily newsletter packed with the best FREE and bargain Kindle book deals. We will never share your email address!
Sign Up Now!
While some publishers have greedily tried to raise prices to exorbitant levels, Books We Love Ltd. is committed to a very different and much better approach. And now they have outdone themselves!

We’ve appreciated them for a while now because they are so good at separating books of distinction from all the dreck and still offering great prices. Books We Love ebooks are exclusive to Amazon and all of their titles are priced at $2.99 or less. 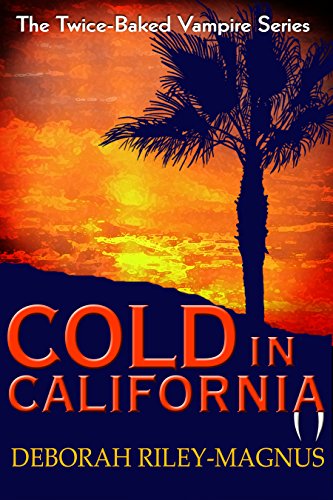 4.5 stars – 13 Reviews
Kindle Price: 99 cents
Text-to-Speech and Lending: Enabled
Don’t have a Kindle? Get yours here.
Here’s the set-up:

What happens to a vampire after he finally dies? Heaven? Hell? Nope, purgatory in a West Hollywood warehouse. Go figure.

Cold in California playfully proposes that even the worst of the supernatural world gets one more chance at redemption. Twice-baked vampire, Gabriel Strickland, learns this when he’s whisked from his final demise and into a holding tank of sorts tucked secretly in West Hollywood. Sixty creatures, including other dead vampires, pixies, a legendary Navaho stick man and bothersome leprechauns, struggle together to earn brownie points (against their natures) and wait out possible centuries of purgatory. Gabriel receives dubious advice from Crudo Cushman, a controlling troll who runs the place, but there are always bugs in the pudding. Enter, the beautiful Dori Gallagher, who not only knocks Gabriel off his feet, but also an evil warlock who has designs on her.

His life after double death is all about balance, but when menacing forces gather against Gabriel and everything he’s come to respect, it’s a fiery clash of supernatural verses supernatural in one heroic effort to save his new reality.

Review:
“Spend some time with twice-baked vampire, Gabriel and you’ll not only discover a new mythology, but a new world called COLD IN CALIFORNIA.”  ~ Joe Wilson, Writer/Director of “Vampire Mob”