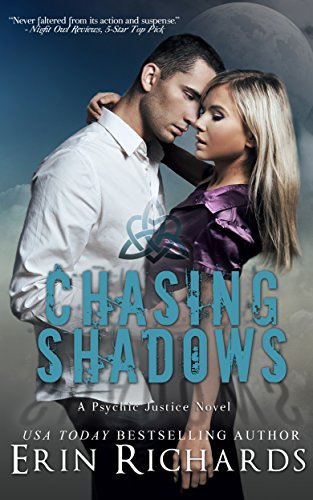 4.7 stars – 39 reviews
Kindle Price: 99 cents
Text-to-Speech and Lending: Enabled
Don’t have a Kindle? Get yours here.
Here’s the set-up:

One kiss, one touch, one night. It’s all she wants to last her forever.

Psychic Juliana Westwood returns home after twelve years and foresees a young girl’s abduction. Not only does she risk her life delving into the mind of a dangerous kidnapper, she risks her heart assisting the lead detective and child’s uncle…the man she was forced to leave behind. Juliana knows Alex doesn’t trust her, but can she endure another twelve years without him?

He deadened his heart against loss. Her return changed everything.

Alex MacKenzie’s wary of reconnecting with the woman who broke his heart, but he knows Juliana can save his niece. As they race against time chasing clues, Alex realizes he’ll fight to give Juliana a lifetime of forevers…if the kidnapper doesn’t destroy her first.

Don’t miss the follow-up novella, TWILIGHT RISING, in which Juliana and Alex butt heads with the Psychic Guild and meet sexy PI Jake McAllister, the hero of the next book in the Psychic Justice Series, STEALING TWILIGHT.

“A whirlwind of emotions, twists, turns and rediscovered love will keep you breathless!” ~Fresh Fiction