At the height of President Jennifer Bradley’s inaugural parade, a bomb detonates, followed by shots from a sniper’s rifle.

She survives despite the numerous casualties including the Chief White House photographer. The authorities apprehend the only surviving suspect, but before they can interrogate him, he dies mysteriously while recovering in the hospital.

˃˃˃ In an effort to hunt down those responsible and prevent future assassination attempts, Special Agent Wade Masterson of the Secret Service recruits photojournalist Xandra Carrick for a dual-role position as the President’s Photographer and Clandestine Assistant Operative.

Xandra’s uncanny gift of second-sight through the lens of a camera thrusts her straight into the maw of a deadly terrorist plot that runs far deeper than anyone in the intelligence community ever imagined.

˃˃˃ She may already be too late.

In a tale of vengeance, honor and sacrifice, Xandra must draw upon all she has to stop an insidious plot which threatens to bring the country to its knees with a biological weapon that will decimate the nation’s population.

“Just finished this and Ghost Image. Spell binding! High level of action, excellent character development, even of the villain. So much of this series is believable. Highly recommend. I would read anything J. Graham writes.” 5 star review 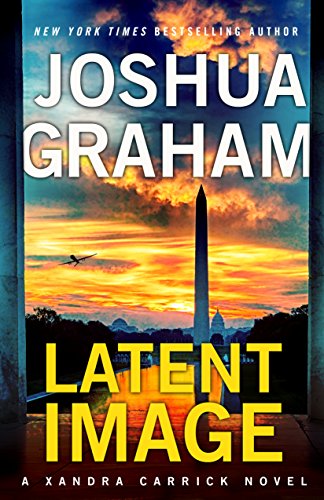