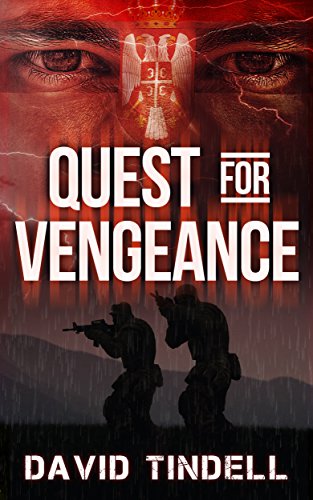 – Learn More
Text-to-Speech and Lending: Enabled
Don’t have a Kindle? Get yours here.
Here’s the set-up:
Honeymoons are new beginnings, and a year after helping save America from a major terrorist attack, brothers Mark and Jim Hayes are ready to enjoy theirs with their new brides. But while the couples tour Italy, a ghost from Mark’s past resurfaces, ready to rip apart his new-found happiness.
In Serbia, former Yugoslav Army officer Darko Novak receives word of Mark’s location. For thirteen years, he has been seeking vengeance against Mark for his role in the death of Novak’s younger brother, killed in a firefight with NATO troops during the Balkan Wars. A team is dispatched to kidnap Mark’s wife, making her the perfect bait to force Mark into a new battle, on ground of Novak’s choosing.
To save Mark’s wife, the Hayes brothers will have to go deep into Serbia, with no support from their government, relying on their experience and training. Failure will not be an option.
Follow author David Tindell on BookGorilla
Search