“Reading Eugenia Price’s Savannah is rather like sinking into a large, old-fashioned armchair!” —New York Times 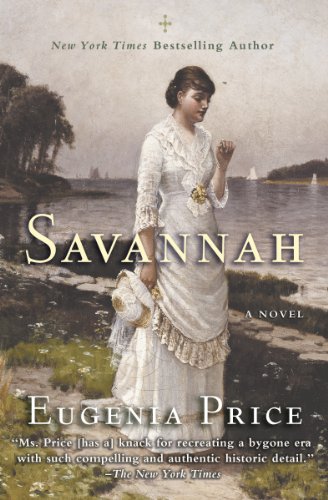 In this New York Times bestseller, beloved author Eugenia Price captivates audiences in this acclaimed first novel of the Savannah Quartet—an intimate portrait of desire and devotion in nineteenth-century Georgia.

Orphaned Mark Browning was only twenty when he renounced his father’s fortune and sailed to Savannah, his mother’s birthplace . . . and the home of two remarkable women. The first is Eliza McQueen Mackay, his mentor’s beautiful wife, whom Mark loves with a deep, pure love that can never be spoken. The other is lovely young Caroline Cameron, whose life is blighted by a secret that has tormented her grandparents for half a century—a secret that affects Mark more closely than he imagines. Desiring one woman, loved by another, Mark must confront the ghosts of a previous generation, and face the evil smoldering hate, before he can truly call Savannah his home.

“A good, strong story . . . the Savannah of the early 19th century comes so sharply into focus that I felt I actually had lived here during that time!” —Savannah News-Press

“Eugenia Price is a name spoken with affection by millions of readers.” —Publishers Weekly