Warning: Part One (The Vault Book 1)

Jillian Hart didn’t belong in our world. She was an innocent, blinded to our ways and seduced by the charm of the mafia. I was a capo in the Marchetti Family, groomed to take control one day, and my father was the Boss, the Don. Damon Marchetti was a well-known name in the mafiosi.

We never would’ve crossed paths if not for a fender bender with the wrong truck on the expressway. After escorting her to the emergency room as a precaution, I discovered she had business ties to a rival family. Simply being seen with me put her in jeopardy, so I kept her close for her own safety.

But one thing led to another, and she became more than my charge. I gave her one warning about my life. One chance to decide to stay or leave. She chose to stay.

Until all hell broke loose.
Then I pushed too hard, and my ever-present alter ego took control.

If she thought I gave up easily when the chips were down, she had another warning coming.

“OMG! I LOVED THIS BOOK! It was a recommended read and it did not disappoint! It had everything I was looking for in a Mafia story and I couldn’t read it quick enough! Onto book two! So exciting!!” 5 star review 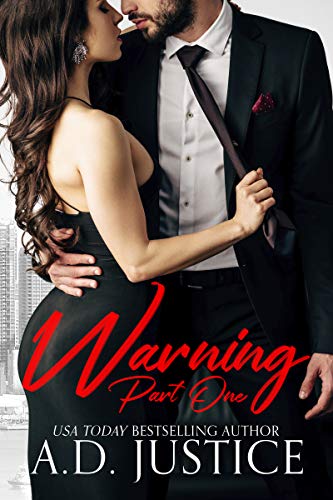