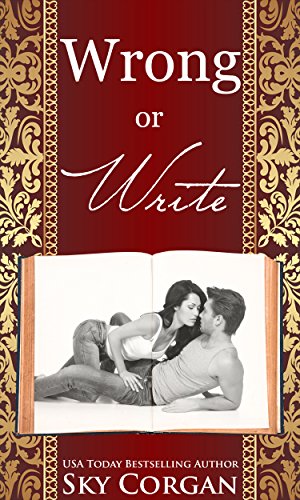 “This series was so damn hott, i’m ready for the next to come or maybe a spin off or something. This series is worth every penny and then some thank you Sky Corgan” – Amazon Review

Kim Naramore has loved Dominick Parker since she first understood what love was. Having her sister’s best friend as a crush was always a little awkward, but Dominick never made her feel unwelcome. The problem was that with a twelve-year age difference, he never saw her that way. She was always just ‘Kimlet’ to him, a pet name that made her feel like a child.

As the years passed and Kim became a teenager, she began to realize that it was her sister Tammy that Dominick was after. But when Tammy gets engaged to another man, Dominick takes a step back and disappears from both of their lives. Kim doesn’t think she’ll ever see him again until he offers her a place to stay while she goes to college out of state.

A lot has changed in the past several years. Kim has matured into a young woman, and Dominick has gone on to become a successful author. His books are hot and steamy, but they also give Kim an insight into how he thinks and feels. With Tammy out of the picture, she’s determined to finally make her dream of marrying Dominick come true. But seducing the billionaire author is not without consequences.

This novel can be read as a stand-alone or together with its companion novel Write or Wrong.

Enjoy Sky Corgan’s Books? Tell us Why and Win a Free Book!