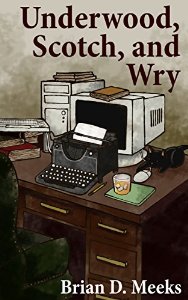 More Snark than a Snark-O-Potamous in Snark Town on a Snarking Spree!

Arthur Byrne is bitter, angst ridden, snarky, and more than anything … he’s a writer who can’t write anymore. So, naturally, now he’s a professor….

Brian D. Meeks is today’s Fire giveaway sponsor! Just subscribe FREE at BookGorilla.com. Scroll down for the entry link in your daily alert!

Everyday Price: $4.99
Get It Now
See more by this author!
Categories: All Contemporary Fiction & Literature; All Humor; Bestsellers 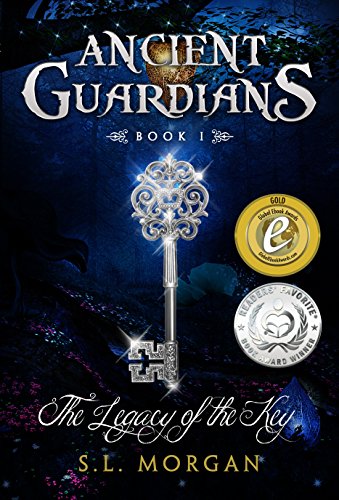 4.1 stars – 849 Reviews
Kindle Price: FREE!
Text-to-Speech and Lending: Enabled
Don’t have a Kindle? Get yours here.
Or check out the Audible.com version of Ancient Guardians: The Legacy of the Key (Ancient Guardian Series, Book 1) (Volume 1) (Ancient Guardians Supernatural Romance Series)
in its Audible Audio Edition, Unabridged!
Here’s the set-up:

Book 1 of the MULTI-AWARD and BEST SELLING new series that is captivating readers from around the world!

Men in Black meets Avatar! This promising and captivating world you will be brought into will keep you turning pages and never leave.

Reece Bryant is an average college student on Earth, or so she thought.

After setting out to finish settling the last of her father’s estate, she is not only faced with the grief of the horrific loss of her father again, but bizarre paranormal events that eventually lead her into a thrilling, yet terrifying situation.

After being rescued by a enigmatic man who mysteriously battled and defeated two men trying to attack her, Reece is left with nothing but to trust this man for her protection.

Overwhelmed when she is transported into a majestic and mesmerizing dimension, Reece will soon learn the truth of who she is and why she was brought into this fascinating new world.

After accepting that these men, Levi and Harrison had only served to protect her, Reece must now accept that her life will be changed forever. Will She ever return to Earth and the normal life she once had?

Once a strange attraction begins to form between her and her personal guardian, Levi, who is also the Emperor’s son, everyone’s life is forced into danger.

Jealousy, betrayal and hatred will lead Reece and the Guardians into the greatest danger they believe they could ever face.

Follow Reece as she accepts the impossible conspiracies are true, and you just might be left wondering for yourself…is there really life out there and if so, are there beings that serve to protect humans on Earth from the dangerous beings who serve to harm and terrorize humans.

What readers are saying about this entrancing new novel series:

“I felt like I lived inside the world the author masterfully describes!” –Award and Best selling author, Author Alinka Rutkowska

“Not since “The discovery of witches” by Debra harmless, has a book kept me up all night just to see what happens next” Rosa Hoffman

“The characters are alive and the story line is engrossing. It is a mix of technology and magic.” –N.Hall

Enjoy SL Morgan’s Books? Tell us Why and Win a Free Book!

Life after Life: A Selection of Individual Experiences in the Beyond

In this book 12 deceased human beings describe their initial experiences and encounters in the beyond. These personal accounts, transmitted through the Swiss deep trance medium Beatrice Brunner, are impressive testimonies of the continuation of life after death and provide revealing insights into the world that awaits us. Each of these accounts gives us information which goes far beyond what has been ascertained by classical thanatology.

“My name is Mathys … When I arrived here in the beyond, I was astonished at the reception I was given. My parents, who had returned to the spirit world a long time before, came to greet me and were overjoyed to see me. ‘Now you need never worry again about your daily bread!’ they told me.”

“My name is Peter. I died when I was seventeen. During my short life on earth I never gave any particular thought to the world beyond. When I entered this world where everything was quite new to me, I was met by my grandmother, clearly overjoyed that I had come home.”

“My name is Theresia. … During my life on earth I, too, made many, many mistakes. I was told this immediately I arrived here in the spiritual world. But I was also told the following: ‘Theresia, you have earned yourself considerable merit on account of your many children.’”

“My name is Jakob. … During my life on earth I could not believe in God – I could not find him. I had little sense of responsibility and could see no purpose in life. My lack of belief led me to make many mistakes in my life.”

“My name is Maximilian. … I did not suffer much before my death, and when I opened my eyes in the next world I was astonished to discover that death was not the end of everything.”

“My name is Amalia. … I was ill for a while and I had to be nursed. … When I opened my eyes I found myself in a very different setting: everything was bright, and there was light all around me.” 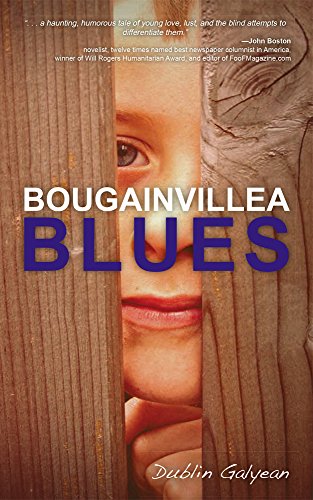 When Joey’s world collides with the gorgeous Gloria, the boy who likes to stand at a distance and watch, is forced to participate in his own life for the first time. While Joey tries to negotiate the intricacies of first love, he’s surrounded by a smothering mother, neighborhood boys with their own code of sexuality, and a father with a secret that will stun the family and force Joey to make the first grown-up decision of his life.

This is a heartfelt coming of age story, a tale of love and loss set in the breezy, warm air of 1960’s San Diego. It takes you back to a simpler era, and pulls on your heartstrings as you journey with a young man who’s adrift in an unfamiliar sea of emotions and desperately looking for land.

“Told from an adult perspective, the voice that Galyean gives Joey is at once romantic, nostalgic, self-effacing, and angry. The fairly adult subject matter is at times frank and disturbing, but the world the author creates for Joey is always rich with emotion and detail.” –Kirkus Reviews