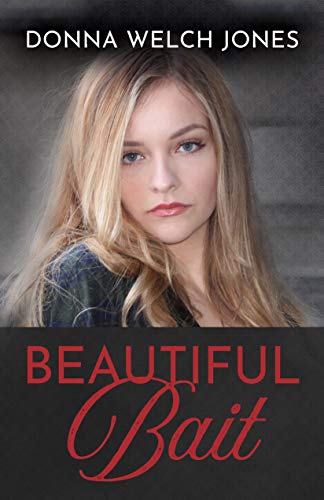 – Learn More
Text-to-Speech and Lending: Enabled
See more titles by Donna Welch Jones
Here’s the set-up:
JACIE’S NEW BOSS IS A SERIAL KILLER
As a homeless eighteen-year-old, nothing matters to Jacie but a roof over her head and food in her stomach. She doesn’t care why Zee McCrary pays her to deliver bums to an isolated location. The weirdo says that he befriends and guides the men. She suspects that he pays them for sex. When Zee’s Animal Safari closes during the winter, he entertains himself by watching men fight for survival. The beautiful girl he hired is perfect bait. The men never suspect that Jacie is driving them to their deaths.Jacie comes to the realization that her boss is a murderer. Zee threatens that he will kill her or tell the cops that she is a co-conspirator. She is faced with the ultimate decision: death? prison? or keep a killer’s secret? Which one would you choose?

by Glenn Dyer
4.4 stars – 72 reviews
Kindle Price: 99 cents
Everyday Price:
Text-to-Speech and Lending: Enabled
Enjoy Glenn Dyer Books? Tell us why and WIN a chance for a FREE ebook!
Here’s the set-up:
A disgraced agent. A missing battle plan. Will he find redemption or damage the Allies beyond repair?
London, 1942. OSS Agent Conor Thorn is desperate for a second chance. After a botched mission in Tangier, Thorn knows failure is not an option. When confidential directives for Operation Torch, the invasion of North Africa, go missing, the agent must recover the plans before the Nazis thwart the crucial mission.
Thorn teams up with MI6 agent Emily Bright to seek out the traitor in their midst. Untangling the web of suspects leads them to Nazi sympathizers, double-crossing Soviet spies, and Vatican clergymen with motives of their own. As their mission grows more and more dangerous, Thorn and Bright have one chance to retrieve the document before it falls into enemy hands, leaving countless Allied troops in danger.
The Torch Betrayal is a high-stakes WWII thriller inspired by true events.

“The disappearance in 1942 of a page from a secret document concerning Operation Torch . . . drives Dyer’s suspenseful espionage thriller . . . Jack Higgins fans will find a lot to like.”- BookLife/Publishers Weekly 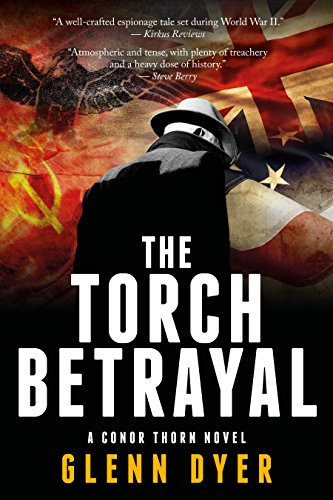 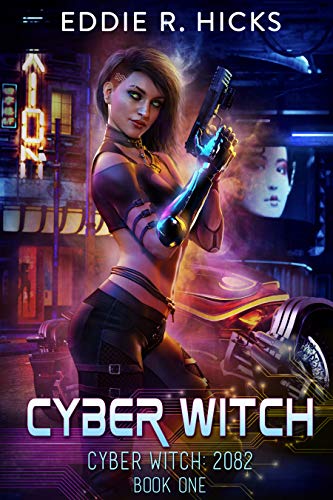 – Learn More
Text-to-Speech: Enabled
Enjoy Eddie R. Hicks Books? Tell us why and WIN a chance for a FREE ebook!
Here’s the set-up:

In the year 2082, the neon-lit city of Los Angeles is home to the largest community of witches and warlocks in the world.

Death by one of them is also the leading cause of death among those in the LAPD.

Estrella Rodriguez just got transferred to the LAPD. She wasn’t pleased to learn about it.

As a cyborg witch, augmented with state-of-the-art cyberware, Estrella commands a horde of nanites to bend the world to her will. And sometimes bend the laws of physics.

Her first day on the job takes a bizarre turn when she stumbles upon several witch kidnappings. She has no idea who’s responsible and why.

A hacker named Ray holds the answers, so does a telepathic black op operative looking to collect Ray’s head, and a flirtatious witch hoping to distract Estrella with her smiles and charm.

There’s something weird brewing, something the corporations want, and the kidnapped witches are just the start of it.

If Estrella can’t get to Ray, and the truth he holds on time, then the streets of Los Angeles will get really violent, real quick …

… More so than it already is.