We’ll say it again: far more than they are competitors, the real bottom line is that Amazon and Apple are partners. We’ve already discussed the primary ways in which Amazon will make millions (and eventually billions) via the iPad, and here are some more.

, but at least for now it’s no “Big Deal.” The lowest third-party price for the base 16GB wifi model, as I post this note, is about $125 higher than the price at which the same model is available in the Apple Store. Even if you add in $6.49 for shipping and subtract sales tax in a back of the envelope comparison with the price you would pay directly to Apple, you would still be out a hundred bucks or so. Nearly all of the third-party sellers offering iPads at prices between $600 and $1,000 are low-volume or “just launched” sellers, and they may be hoping for some arbitrage profit if Apple happens to run out of iPads.

However, I’ll be watching closely to see if Amazon itself becomes an iPad seller, which I do expect to happen soon. Amazon has been very successful at selling the various iPod Touch models

, usually at prices slightly lower than those available from Apple. Even if an Amazon offering of the iPad were to be priced at par with the Apple Store’s offering, the combination of a sales tax differential and Amazon’s no-hassle 30-day return policy could make it a better deal for many prospective buyers.

Meanwhile, the Amazon Store may already be the best place to shop for iPad accessories like these: 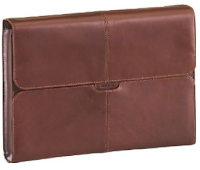 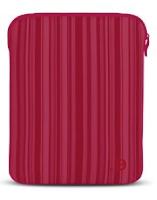 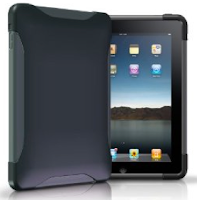 Let me repeat that headline.

The Kindle 3 is out, and it’s called the iPad.

My iPad was delivered Saturday and I have been putting it through its paces. There will be plenty to sort out in the realms of device and content pricing, features, definition of purpose, and openness to content, which are not small things. But the bottom line is that the iPad is a terrific device with such amazing and elegant hardware that users, content providers, developers, and Apple will figure all that stuff out in waves of creative explosion over the next couple of years. You may well be skeptical about where an iPad’s price, features, and uses could ever fit into your life, but after having used my iPad in a variety of ways over the past 48 hours I suspect there is a good chance you will decide, sometime in the next year or two, to try out an iPad and perhaps to buy one.

The frequency of such test drives and the likelihood that a high percentage of them will turn out positively suggests strongly to me that by the end of 2011 there will be an installed base of over 10 million iPads. It will be clear, by then, that the iPad has succeeded in “killing” several other “competitors.”

But what about the Kindle? Will the iPad be a Kindle Killer?

Well, yes and no.

There will be millions of people who buy iPads in the next few years who will never buy Kindles (or Nooks or Sony Readers or any other dedicated ebook readers, for that matter.) The Kindle device itself will continue to chug along in its current and future models, building upon and doubling (this year) its current installed base of about 3 million units, but the iPad’s installed base will probably catch up with the Kindle’s hardware base within a year and keep right on going. The iPad is that great a device, that much fun, and it is aimed not only at serious readers but at people who like music, movies, games, television, surfing the web, and the thousands of other little conveniences, amusements, and distractions that can be found in the Apps store.

And all of that will be phenomenally good for Amazon and Amazon’s Kindle Store. We’ll elaborate in subsequent posts on why the Kindle Store holds what could turn out to be an insurmountable lead over the iBooks store as the primary ebook provider for iPad owners, but the short answer is the 4 Cs that we’ve discussed here before: catalog, customers, convenience, and connectivity.

The fact is that Amazon knew half a dozen years ago that something like the iPad was coming from someone like Apple, and that it would mean, by sometime midway in this new decade, a huge decline in sales of print books. I think of it as Jeff Bezos’ Nightmare, an imaginary event that might have occurred back in, say, 2003. I imagine the Amazon founder and CEO waking up in a state of night terror after glimpsing the end of the online bookselling retail business that he had created less than a decade before, the business that had already made him, then, one of the wealthiest thirty-somethings in the world.

Anyone in the book business could have had a similar nightmare, and it’s clear that many did. What’s distinctive about Bezos’ experience is what he did with those terrifying circumstances. There is little reason to think that he lusted to become a hardware inventor and manufacturer, but by launching the Kindle in November 2007 he allowed Amazon to pivot and put itself in position to see its book business grow, rather than diminish.

Now, 28 months later, Apple has put all of its hardware design, manufacturing and marketing genius behind the launch of the iPad. The iPad will simultaneously be the hottest and the coolest hardware device of the next few years, and it will allow Apple to continue to build upon its supremacy in hardware, music retailing, apps retailing, and operating system and software design and retailing while also strengthening its hand in newer areas of business development.

Apple’s iBooks reading environment is very nice, although it will not prove significantly different from or better than the Kindle for iPad reading environment. Whether iPad users employ the iBooks or Kindle for iPad environment to read content will depend primarily on where the content came from and what the reader is accustomed to. In those categories and others, the Kindle App has huge advantages for the foreseeable future over the iBooks App. For starters:

Enough for now. We’ll see how this shakes out, but from where I sat on baseball’s Opening Day yesterday and the iPad’s opening weekend, it appeared that Apple had hit a grand slam home run.

But with respect to ebook content, the bases were loaded with Kindle Store ebooks.

Do you know where your Kindle Store prices are?

We do, and there may be a few surprised faces when we share what we have. Long story short: Prices are pretty much the same as they were a few weeks ago, but there have been tiny declines in the percentage of books at the price points to which Apple, the Apple 5 publishers, and the agency model were supposedly driving ebook prices:

Meanwhile, (almost) everybody’s favorite tech critic, the New York Times’ David Pogue, has this to say about the iPad as an ebook reader:

There’s an e-book reader app, but it’s not going to rescue the newspaper and book industries (sorry, media pundits). The selection is puny (60,000 titles for now). You can’t read well in direct sunlight. At 1.5 pounds, the iPad gets heavy in your hand after awhile (the Kindle is 10 ounces). And you can’t read books from the Apple bookstore on any other machine — not even a Mac or iPhone.

And were’s where we stood with about 447,000 Kindle Store titles on February 25:

As we’ve been saying, Kindle Apps are coming soon for tablet computers like the iPad, the Dell Mini 5 “Streak,” and other releases, and this morning Amazon has added one more official indication with a new page on the Kindle site. No big surprises here, but here’s what Amazon has to say about the coming apps:

Read Kindle Books on Your Tablet Computer  Including the iPad

Shop for Books in the Kindle Store

Early Saturday morning I pre-ordered an iPad, which will arrive here at my home on April 3. I went back and forth for a week about whether to hold out for the far more expensive 3G version that does not ship until late April, but finally decided that since 95 percent of my iPad use would likely occur in locations with wifi, I could go the “economy” route. (I’ll have a little more to say tomorrow about the expense of iPad ownership.)

I expect to get a lot of use out of the iPad, from occasionally writing Kindle Nation Daily posts and other material to enjoying music and film to using the Kindle for iPad app to read of the hundreds of ebooks that I have purchased, and will continue to purchase, from the Kindle Store.

I have plenty of questions about the iPad, many of which I probably won’t be able to answer to my own satisfaction until I have it in my hands. But for now the two questions that are foremost on my mind concern specific functionality issues with the Kindle for iPad app and with Apple’s new “iBooks on iPad” ebook store and reading software:

There are other questions about VoiceOver, of course, and the two most prominent for me right now are:

Just a few questions while I wait for a shiny new toy that I am convinced will also help me work more efficiently.

Publishing and ebook bloggers and pundits are claiming that Apple has created an uneven playing field between the iBooks App it will soon roll out for its iPad, iPhone, and iPod Touch devices and the Kindle Apps that are available alongside for buying and reading books from the Kindle Store on the same devices. According to Jay Yarow at the Silicon Valley Business Insider, customers using the Kindle for iPhone App “have to leave the app to buy e-books,” whereas “the iBookstore will let you seamlessly buy books from within the iBooks reader app, with the iTunes account it’s already aware of.”

Sounds ominous, except that it is not true in any noticeable or significant way.

Since Yarow’s report rang false for me based on my prior experiences using the Kindle for iPhone App with the iPod Touch, I revisited the experience.

The experience, all in all, takes less than 10 seconds. It is virtually identical to the experience, with the Kindle itself, of going into the Kindle Store to buy and open a book, except that it is a tiny bit faster on the iPod Touch. It takes about the same amount of time it takes me to go to the iTunes Store, find a piece of music, buy it, and start listening.

Which means, all in all, that Yarow’s story is a non-story.

At least for now.

If Apple intends to create special impediments in the buying experience for the iPad, impediments that do not now exist with the Kindle for iPhone App, they would be gumming up the works in an obviously meddlesome way that millions of their own customers would resent. And if Apple intends to add such impediments at this late date to the Kindle for iPhone App, almost a year after its launch, they would probably be leaving themselves wide open, perhaps not for the first time, to anti-trust scrutiny by the Department of Justice. But then, Steve Jobs is probably already “a person of interest” to the Department of Justice.

Speaking of Apple, two little snippets that caught my eye from the 24/7WallStreet blog: