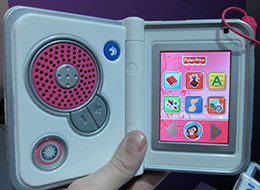 Is this the latest Kindle Killer?

Probably not, but it’s easy to see why the $79.95 Fisher-Price iXL is creating plenty of pre-release buzz among those market analysts who follow the likes and dislikes of the pre-school set.

It’s already being called a Kindle for Kids, a Tablet for Toddlers, or an iPad for Rugrats. Slap a Kindle App on that hardware and it could sell more copies of Goodnight Moon and Green Eggs and Ham than all the children’s bookstores in the brick-and-mortar world.

It comes with a color touch screen, a writing stylus, an MP3 player, an animated storybook app that will download additional titles from an online store, pre-loaded games, and a bunch of other software apps. Engadget has a pretty cool gallery of hands-on photographs here.

Should Steve Jobs be worried? Maybe he can make some calls to childrens book publishers and get them to raise prices! 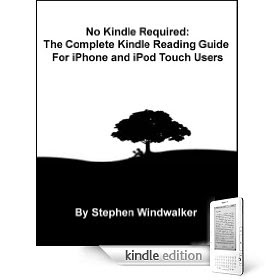