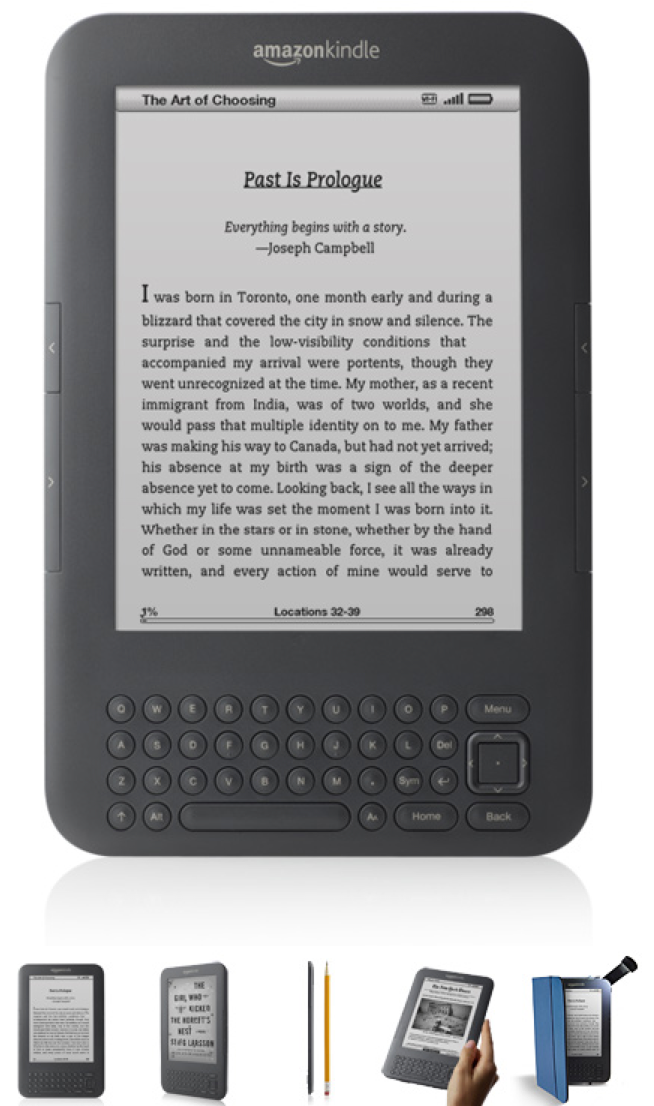 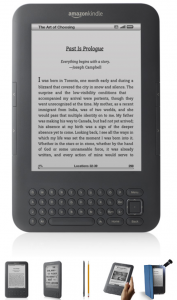 The explosion in eBook sales–up three times or 300% from the same period last year–does not come at the expense of print book sales within Amazon. Amazon says that print book sales continue to grow, and that the company’s overall book business is growing “in the fastest year-over-year growth rate for Amazon’s U.S. books business, in both units and dollars, in over 10 years.” the company said in today’s announcement.

“Customers are now choosing Kindle books more often than print books. We had high hopes that this would happen eventually, but we never imagined it would happen this quickly – we’ve been selling print books for 15 years and Kindle books for less than four years,” said Jeff Bezos, Founder and CEO, Amazon.com.

Since April 1, for every 100 print books in any format sold, Amazon sells 105 eBooks in its Kindle Store.  With sales of the Kindle reading devices continuing strong, and the proliferation of other devices on which Kindle eBooks are being read, eBook sales will most likely keep increasing the ratio of ebooks to print sold.

The “Buy Once, Read Everywhere” system not only lets users choose whatever ebook reader they prefer, but lets readers with multiple devices skip from one to the next as they read.  For example, readers in mid-chapter on the Kindle can pick up where they left off during a work break on their computers if corporate policy permits.  If not, they can call up the book on their smartphone.

Here’s the full text of Amazon’s press release this morning:

“Customers are now choosing Kindle books more often than print books. We had high hopes that this would happen eventually, but we never imagined it would happen this quickly – we’ve been selling print books for 15 years and Kindle books for less than four years,” said Jeff Bezos, Founder and CEO, Amazon.com.

“In addition, we’re excited by the response to Kindle with Special Offers for only $114, which has quickly become the bestselling member of the Kindle family. We continue to receive positive comments from customers on the low $114 price and the money-saving special offers. We’re grateful to our customers for continuing to make Kindle the bestselling e-reader in the world and the Kindle Store the most popular e-bookstore in the world.”

Recent milestones for Kindle include:

Since April 1, for every 100 print books Amazon.com has sold, it has sold 105 Kindle books. This includes sales of hardcover and paperback books by Amazon where there is no Kindle edition. Free Kindle books are excluded and if included would make the number even higher.

So far in 2011, the tremendous growth of Kindle book sales, combined with the continued growth in Amazon’s print book sales, have resulted in the fastest year-over-year growth rate for Amazon’s U.S. books business, in both units and dollars, in over 10 years. This includes books in all formats, print and digital. Free books are excluded in the calculation of growth rates.

In the five weeks since its introduction, Kindle with Special Offers for only $114 is already the bestselling member of the Kindle family in the U.S.

Kindle offers the largest selection of the most popular books people want to read. The U.S. Kindle Store now has more than 950,000 books, including New Releases and 109 of 111 New York Times Best Sellers. Over 790,000 of these books are $9.99 or less, including 69 New York Times Best Sellers. Millions of free, out-of-copyright, pre-1923 books are also available to read on Kindle devices. More than 175,000 books have been added to the Kindle Store in just the last 5 months.

All Kindle Books let you “Buy Once, Read Everywhere” – on all generation Kindles, as well as on the largest number of devices and platforms, including iPad, iPod touch, iPhone, Mac, PC, BlackBerry, Windows Phone, Android-based devices, and soon HP TouchPads and BlackBerry PlayBooks. Amazon’s Whispersync technology syncs your place across devices, so you can pick up where you left off. With Kindle Worry-Free Archive, books you purchase from the Kindle Store are automatically backed up online in your Kindle library on Amazon, where they can be re-downloaded wirelessly for free, anytime. 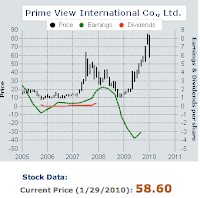 Prime View International (PVI), the Taiwanese company that bought Cambridge, MA-based eInk last year and is the leading manufacturer of display components used in the Kindle and several other ereaders, anticipates now that as many as 10 million ereaders could be shipped in 2010, reports Digitimes’ Susie Pan from Taipei. Prior to this statement by PVI chairman Scott Liu, most estimates of 2010 ereader shipments have been around 6 million.

It is not known whether PVI’s projections are intended to include figures for 2010 shipments of non-dedicated devices such as Apple’s new iPad, which is slated to begin shipping in late March and by some accounts could account for sales in the 3 to 5 million unit range in 2010. 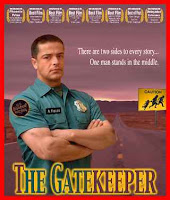 So, if the US book publishing industry’s BS Cabal (the Big Six publishers and Apple’s Steve Jobs) continue to base their strategies on a belief that they can resist the ebook revolution and pursue collusive  anti-consumer pricing and content withholding schemes, one wonders:

By Stephen Windwalker, with apologies to songwriters Don Robertson and Howard Barnes and artists Elvis Presley, Eddy Arnold, Les Paul and Mary Ford for the title of this post

Even if I had never been a guest on the show, I’m sure I would make a regular weekly routine of listening to Len Edgerly’s Friday Kindle Chronicles podcast. Today Len deserves kudos for landing and conducting an interview with Ian Freed, Amazon’s vice-president for Kindle, and for utilizing the wisdom of crowds….