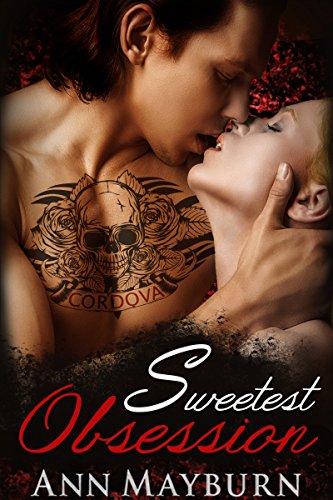 In my family, there’s an old story going back generations about love at first sight. I used to think it was a fairytale, until I met my sweet Joy. The more I got to know her, the more I wanted her. But the world of the cartels is a dangerous place, so I watched her from afar, wishing things were different and I could claim her for my own. Despite my best efforts to keep her safe, evil found Joy. After she endured a savage beating at the hands of a rival cartel, I vowed to do everything in my power to make her mine and win her heart. I can only pray that when she finds out the truth about me, and the things I’ve done to bind her to me forever, that she’ll be able to love the monster I really am.

Without a doubt, Ramon Cordova is one of the biggest jerks I’ve ever met. He’s egotistical, bossy, and seems to know how to push all my buttons. Too bad he’s also sinfully handsome, utterly charming when he wants to be, and is the only man I feel safe with. After the attack, I’ve become afraid of the world outside of my home—afraid of crowds, afraid of loud noises, afraid of everything. When I’m in Ramon’s strong arms, those fears melt away. I know there’s a darkness inside of him that he tries to hide, and I’m afraid that when I finally find out the secrets he’s been keeping, he’ll destroy what’s left of my battered heart.

“As always Ann delivers a very hot read and always keeps you wanting to read more. Love all of her books and love how you get to see what happens with all her characters in her series” – Amazon Five Star Review 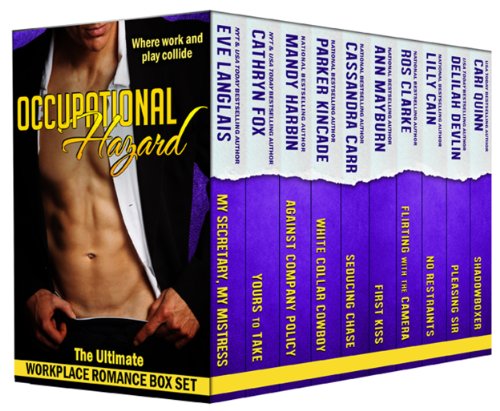 Kindle Price: 99 cents
Text-to-Speech: Enabled
Don’t have a Kindle? Get yours here.
Here’s the set-up:
***All work and no play? No way! These TEN books by New York Times, USA Today, and National Bestselling Authors show how hot workplace romances can be. And the best part? It’s just $0.99! Don’t wait…it’s only available for a limited time, and then it’ll be back to business as usual.***
~Retail value of the individual books is over $25.00!~

My Secretary, My Mistress – Eve Langlais
Can a boss let go of his inhibitions and let his secretary take charge of him in the bedroom?

Yours to Take – Cathryn Fox
Revenge takes on a sexy twist when a powerhouse lawyer is stripped of her control by the handsome multi-millionaire she once took down in the courtroom.

Against Company Policy – Mandy Harbin
Cassie Tucker and Ian Cope know they should keep things professional on their new assignment, but when desire is faced with physical boundaries and company policy, it’s time to get a little creative…and a little kinky.

White Collar Cowboy – Parker Kincade
Lauren Delgado has had a crush on Gavin Mathis for years, but has a strict “hand-off” policy with the men she works with. When her life takes an unexpected turn, there’s nothing to stop her from accepting Gavin’s invitation to his vacation home on Galveston Island … where she learns the policy is definitely hands-on.

Seducing Chase – Cassandra Carr
When a doctor disappears with millions, can Val and Nate set aside their explosive attraction and save the hospital?

First Kiss – Ann Mayburn
Ryan will never forgot that night in high school when he kissed Emma and lost his heart to her forever. Years later he finds Emma again, but now she’s a pro-Domme that refuses to fall in love. Ryan begins a campaign to win her reluctant heart, one night at a time.

Flirting with the Camera – Ros Clarke
Brilliant, beautiful and bigger than your average plus-size model, Hattie Bell can do anything she sets her mind to. After all, she’s just landed her dream job, modelling for top photographer, Tom Metcalfe. So her next goal should be a piece of cake: getting Tom to break his strict rule against workplace romances…

No Restraints – Lilly Cain
Bad girl Selene Carter will do anything to save her business, even team up with the cop who stole her heart. But can Detective Tom Barker help when he knows she’s no innocent?


Pleasing Sir – Delilah Devlin
Raelie might be a submissive in search of just the right Dom, but she’s not the kind to sit back and wait for the right man to happen. When she gets the chance to fill in as Bryce Caldwell’s executive assistant, she decides some subtle seduction is needed to see if he dominates the bedroom the same way he does the office.


Shadowboxer – Cari Quinn
She’s in for the fight of her life…with the man who only wants to be her lover. 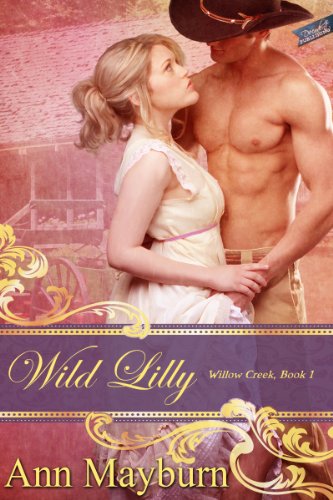 Connecticut socialite Lilly Brooks intends to fulfill a childhood dream when she inherits a huge tract of land in Caldwell, Kansas in 1876. She travels there in search of the romance and excitement of the Wild West. She finds her excitement—in the form of angry Indians, smelly dogs, and drunk cowboys who won’t take no for an answer. Romance comes in the form of a ruggedly handsome rancher named Paul McGregor who could devastate her chastity with just a glance of his faded blue eyes. Too bad he calls her a whore within the first minute of their acquaintance.

Paul has spent three years trying to hold his family and his ranch together after the death of his parents. When he saves a stunning blonde, wearing a scandalous dress that only a soiled dove would own, from a group of drunken ranch hands, he tries to do the right thing and get her work at a good saloon. He soon finds out the woman whose favors he would love to buy is the heiress who owns the land that is the key to his family’s financial future, not the prostitute he thought she was. Paul decides to use his best weapon to win Lilly over and get her property: seduction.

A wicked cattle baron wants her land as well and will kill anyone who stands between him and what he wants. Paul will have to decide what he wants more, the woman or her land.

I love that this story is packed with adventure, suspense and spicy love scenes. Her attention to detail really draws you in and makes you feel a part of the story/time period.  ~The Smutty Kitty Book Reviews

Wild Lilly is a delightfully naughty Western Historical.Don’t be fooled though because it’s WAY more than just two people falling in lust then love!!!  Wild Lilly has drama, suspense, humor, emotional scenes that go beyond just the H/h and their budding relationship and yes HOT ROMANCE!!  ~Guilty Pleasures Book Reviews