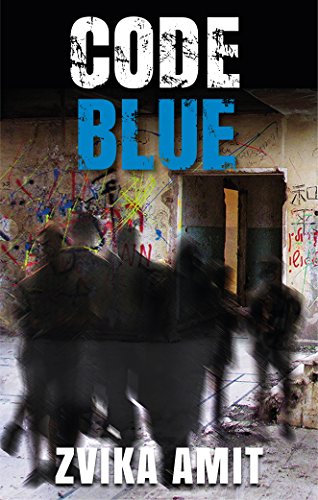 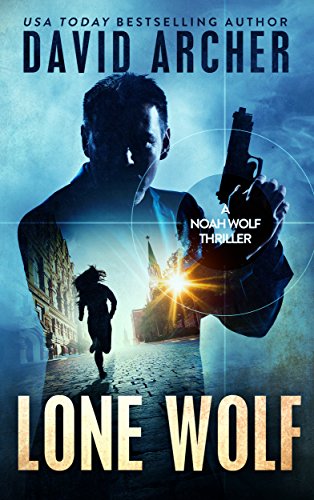 4.4 stars – 547 reviews
Kindle Price: 99 cents
Text-to-Speech and Lending: Enabled
Available on Audible
Don’t have a Kindle? Get yours here.
Here’s the set-up:

USA TODAY & AMAZON #1 BESTSELLING AUTHOR • ONE OF THE BEST NEW VOICES IN THE ACTION THRILLER GENRE • David Archer is back with a vengeance with his newest hero, Noah Wolf. After fans raved about his debut series, The Sam Prichard Novels, Archer now is about to back even harder. People are already throwing out names like Mitch Rapp and Alex Cross, but don’t take my word for it. See what all the fuss is about before Archer becomes a household name!

Noah Wolf is one of the world’s most deadly assassins, completely devoid of emotion and conscience. These factors, which others would consider to be handicaps, allow him to evaluate situation instantly, and from a purely logical standpoint. His decisions and actions are never tainted by emotion or feelings, which frees him from any risk of fear or guilt.

When Team Camelot is handed an unusual mission to rescue the abducted daughter of a foreign president, Noah and the rest go into it with confidence, and are quickly successful. Back home, they are ready to celebrate, but something doesn’t feel right. The mission was too easy, and there are indicators that someone may have discovered who they are and tracked them back to Neverland. Noah’s house is entered while the team is away, and he is unable to shake the feeling that the mission was nothing but a ruse to expose E & E.

It doesn’t take long for him to decide that they must return to the field, their new mission to track down a Russian counterpart of their own Allison Peterson. Nicolaich Andropov has marked Noah for termination, so Noah decides to use himself as bait to draw the man into a trap. Unfortunately, Andropov is known as a ghost, a man whose appearance is unknown, able to move in absolute secrecy and remain several steps ahead of any who pursue him. When Noah fails to recognize this fact, Sarah becomes a hostage and pawn in a battle to the death.

There’s only one tiny chance to save her, but it will mean Noah must go unarmed and alone to meet his nemesis. The game is on, with his own life and Sarah’s as the prize.

“I have started reading every David Archer book I can find….he is such an incredible story teller and I can’t put his books down once I start reading. I know I’m reading faster than he can write so soon I will find myself anxiously awaiting his next creation. Thank you for such great entertainment Mr. Archer! P.S. I am an avid reader, but this is the first time I have felt compelled to write a review. …so, if anyone wonders why, then pick a book…any book he has written and see for yourself!” – Amazon Five Star Review

Enjoy David Archer’s Books? Tell us Why and Win a Free Book! 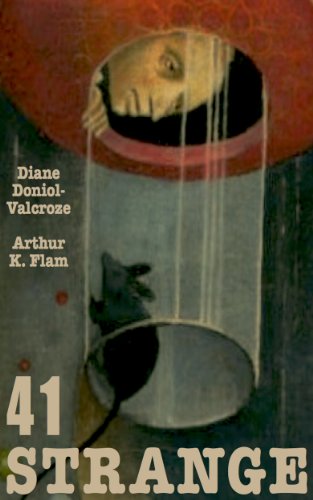 – Learn More
Text-to-Speech and Lending: Enabled
Don’t have a Kindle? Get yours here.
Here’s the set-up:
Death Meets Strange in 41 new short-short stories… 41 little slices of nightmares… Take a wild ride with 41 Strange, a first-of-its-kind award-winning new collection. Short-short stories exclusively devoted to the strange and horrifying. They await just a couple of clicks away for Kindle readers who enjoy a good shiver up their spines. These 41 tales were each written “in the lonely hours of the wolf… in the pre-dawn darkness when you get those ‘waking nightmares.'” It has been called “great entertainment” and “filled with elements of horror and sheer creepiness” by Bookpleasures. A quick dose of strange stories for those starving for horrific plots, ideal for curling up for a chilling night read before bed. The selection includes sci-fi, fantasy, dark humor, mystery. ​The book was recently named the Award-Winning Finalist of the 2014 USA Best Book Awards (“Fiction: Anthologies” category).   The book has also been on the Amazon bestseller list for the “Anthologies & Short Stories” category.   Horror screenwriters pen “first-of-its-kind” new Kindle collection devoted exclusively to short-short stories of the strange and horrifying.

“Great entertainment…gruesome and skillfully assembled…each story is a quick read that abundantly satisfies the audience’s thirst and appetite for horrific plots…spooky nightmares are a foregone conclusion.”

“What an awesome little collection of the best kind of short stories. Just when you think you have the mystery solved or the horror is ready to strike…one story ends and another is there to feed your addiction.”
ABOUT THE AUTHOR:  Diane Doniol-Valcroze was born in Paris, France. At a young age, she developed a passion for writing from her father, Jacques Doniol-Valcroze, co-founder of the New Wave magazine Cahiers du Cinema, and from her grandfather, French filmmaker André Cayatte (original The Mirror Has Two Faces). She graduated from Sorbonne University with a B.A. in English literature. She received her M.F.A. in film from New York University. She has co-written screenplays for such films as Lionsgate’s Penny Dreadful starring Mimi Rogers, and MGM’s Hit and Run, helmed by Enda McCallion, starring Kevin Corrigan. She lives in Los Angeles.